As últimas lagoas litorais do Algarve 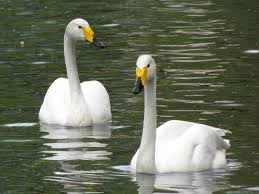 In what history may judge as a defining act of environmental vandalism the Secretary of State for the Environment, Paulo da Silva Lemos, has decreed that the building of the 360 hectare Praia Grande resort at Salgados, Silves can go ahead on one of the last remaining wildlife havens left along the Algarve's coastline.

The man in charge of Portugal’s environment has allowed the developer, Finalgarve, to proceed with its monster plan to build over this sensitive birdland area with the construction of tourist accommodation, three hotels, and a golf course lying within metres of the existing Herdade de Salgados golf and leisure development.

Lemos’ ‘Favorable with Conditions’ rubber stamping of the deeply flawed and controversial Environmental Impact Assessment has astounded local environmental organisations and other concerned parties as the impact assessment was based on just one fifth of the area to be affected, the first zone to be built over, rather than the whole project.

Environment Commissioner Janez Potočnik from the European Commission is “aware of the issue and my services are in correspondence with the Portuguese authorities regarding it."

The sketchy environmental assessment, paid for by the developer, first was reviewed by the CCDR - Algarve which added its approval for the project as it has the task of 'implementing environmental policies, as well as giving strategic planning support to regional and local authorities and their associations anticipating solutions to contribute to overcoming theconstraints to economic and social development of region within a framework ofsustainability and optimization of available resources,' according to its website.salgados

‘Friends of Salgados’ members are swiftly reviewing the disastrous decision and have already sent copies of the decision and impact assessment to the European Commission. Lacking funds to go to court in opposition to powerful lobbies within government the engagement of the EC is seen as a more likely course of action and now the battle lines are defined there are various appeal options open.

The office of Euro MP Nuno Melo already has stated that the European Commission is "closely monitoring" the case of Lagoa dos Salgados, and has sought an explanation from the Portuguese authorities which has not been answered.

The Portuguese MEP was informed that the European Commission is monitoring the case after questions were asked in parliament last November about the large tourist project.

Can Silves council’s new mayor help the environmental campaign to halt this development? Rosa Palma is against the destruction of a significant part of her council area and prefers to keep the wetland and countryside as amenity land rather than another resort of the type starting to litter the Algarve, unfinished or empty but as it stands there is now little to stop the bulldozers moving in.

The developers have approval from the government and a local project approved by the former regime in Silves under Isabel Soares so building could start whenever Finalgarve tackles the criteria and conditions put in place by Lemos.

In fact the criteria in place represent six environmental hurdles that must be overcome by the developer before building starts, and around 100 monitoring measures to reduce the impact of the resport on the natural area.

One of Finalgarve's problems is that it only owns the phase 1 land that it has permission to build on, and on which the Environmental Impact Assessment was based, but not the rest of the land for stages 2-5, the remaining 2/3rds. The company intends to compulsorily purchase the land necessary but this has already run into trouble with landowners complaining in court over the price suggested. With planning permission in place, the price of the various farms and fields affected will have rocketed in price. Will the landowners be forced to accept a price far lower than the current market value? Is this 'constitutional?' - they think not.

The main aspect of this development that could further hold things back is money, the company, by its own admission, lacks the funds to build this development and Finalgarve's aim always has been to sell the deal on to a company which has the money to complete it. With questions over the land ownership, planning hurdles now in place, and the fact that the developer has to obtain further permissions for licenses for each stage of the 5-stage project, will certainly put off many would be buyers when there are easier options on the market. The image of another half finished project lying for years in the Algarve countryside causes concern even to those that are pro-building.salgados aerial

Public opinion in the form of 22,000 signatures on a petition accounted for nothing at the end of the day as a powerful and inter-connected minority of business interests again overcame legitimate public concerns and desires for an area of natural beauty and harmony. Big business and the bankers will not have to live on or near this area of concrete and standardised green areas and can watch from afar as the Algarve now vies with Spain in its destruction of important green spaces.

When the Secretary of State for the Environment Paulo da Silva Lemos writes his memoires during a long and peaceful retirement he may then divulge the political pressures exerted on him to make this extraordinary favourable decision in the face of legitimate environmental concerns and nature tourism options. Until then his reputation as an environmentalist, he has a long history of environmental organisation management, has hit a defining low point in his career path.

This decision also illustrates that the government's push for off-season tourism is a sham, a half-hearted lip-service to minority tourism interests and nothing more than flavour of the political month. The confused thinking behind this decision, if that it all that was in play, shows the extent to which the country's politicians and controlled by business, and the poor calibre and ever spinning moral compass of those we trust with our leadership. 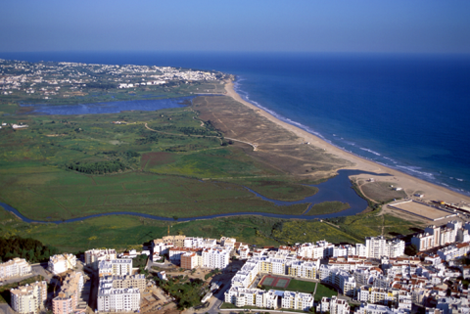