Estimated radius of max. wind based on IR : 13 km 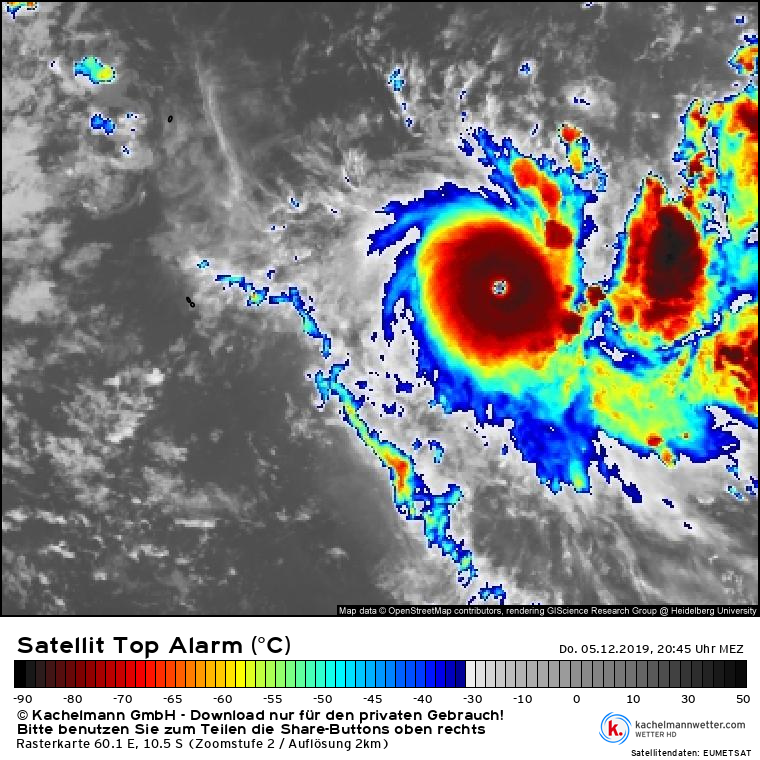 Additional Information
=================
During the last 6 hours, the system has undergone an explosive intensification. Eye is surrounding by a ring of very cold top clouds while the eye is warming. Considering that the system is very compact, the dvorak constraint rules have been broken.

Little change in terms of track forecast for short times: a low and mid_level ridge centred on the eastern half of the basin steers the system generally south southwestwards. From Saturday, when the system is expected to weaken significantly, the directional flow should come back down to the low levels inducing a more southwestern track than initially expected : the residual minimum should thus drift southwest and continue to fill until monday.

Ambali continues to benefits from good environmental conditions : in the upper levels, divergence remains good and vertical windshear is low. Ocean heat content is particularly high over this area of the basin. The intensification could continue this night. But, from tomorrow and beyond, due to an approaching upper levels trough, a westerly shear constraint appears in the mid-levels, then in the upper levels quickly after, associated with mid-levels dry air intrusion. A rather rapid weakening is suggested by the available intensity guidance. The intensity forecast for such a small system remains challenging and associated with a greater than usual uncertainty.