Additional Information
=================
During the last 6 hours, some strong bursts of convection have occured near the center, strengthening a cdo with very cold top clouds. According with this improvment of the cloud configuration the system has named Belna.

In terms of track forecast, the system continues to drift westwards under the steering influence of a low to mid levels subtropical ride. This trend is expected to continue over the next 6 hours. Then, a mid-level ridge should build east of the system while a weakness in the subtropical ridge arrives in the south. These conditions are conducive to a southwest track and after a south-southwest track. With an uncertainty that is reduced in the representation by the latest numerical models available, this forecast maintains a passage to the west of madagascar by following a consensus IFS/GFS/UK.

Environmental conditions remain rather conducive for gradual development with a favorable low-level inflow (however possibly impeded by the cyclogenesis of system 03R in the east) and warm waters. The easterly shear could be a limiting factor sometimes over the period but could also be offset by a good equatorwards outflow. Consequently, the system should strengthen slowly then at a climatological rate. The current intensity forecast is more aggressive than previously to follow the trend given by the most reliable dynamical intensity guidance. The intensity forecast uncertainties are significant and are linked to an easterly moderate constraint forecasting by some models and from Sunday the possible interaction with the land of Madagascar. Fluctuations during the intensification phase are therefore possible but system 02 should reach the tropical cyclone threshold by sunday and continue its intensification during its track in the Mozambique channel.

Inhabitants of the northern regions of Madagascar, Comoros, Mayotte and the southwestern outer islands of Seychelles (Farquhar, Aldabra) should monitor the progress of this system. 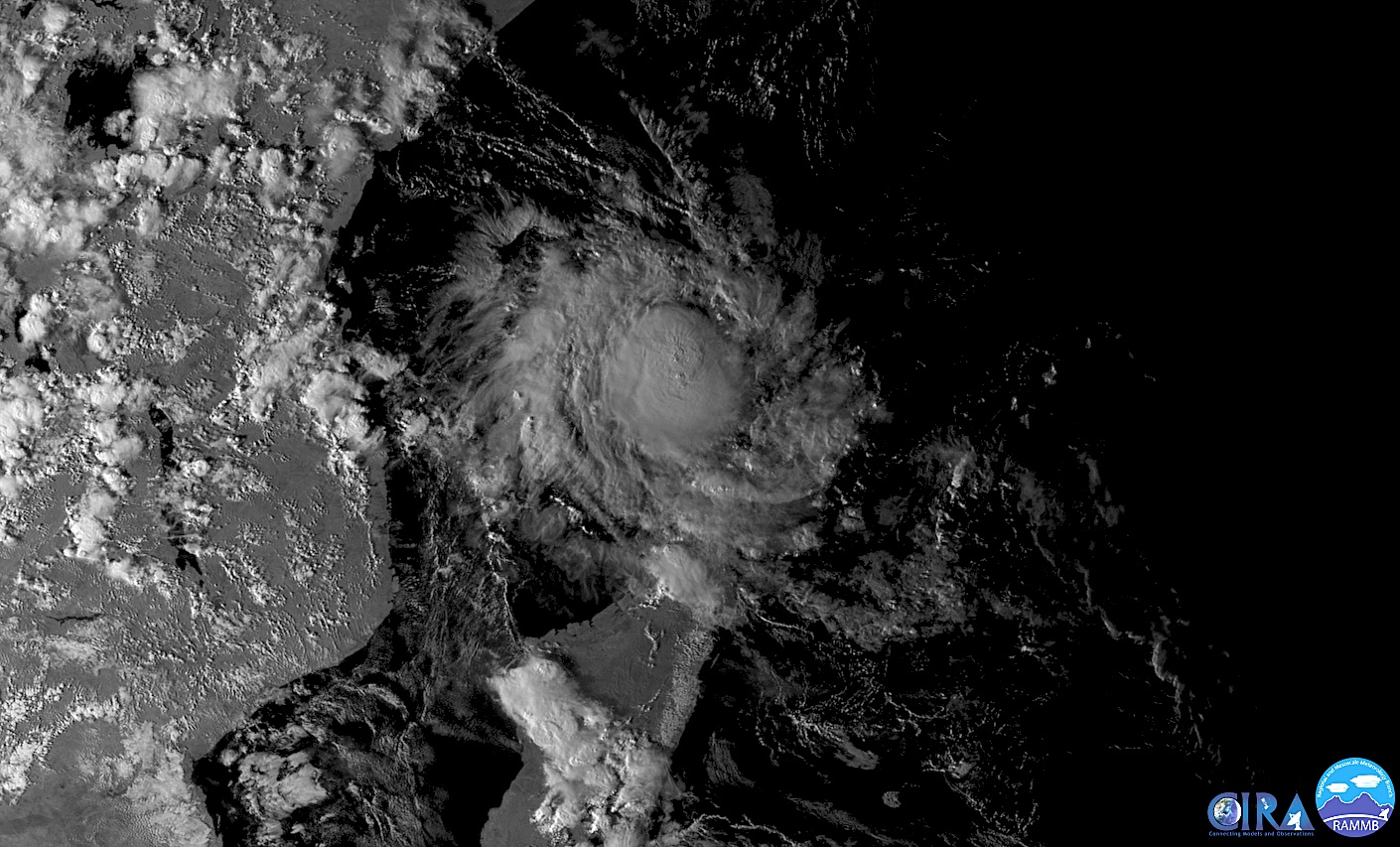 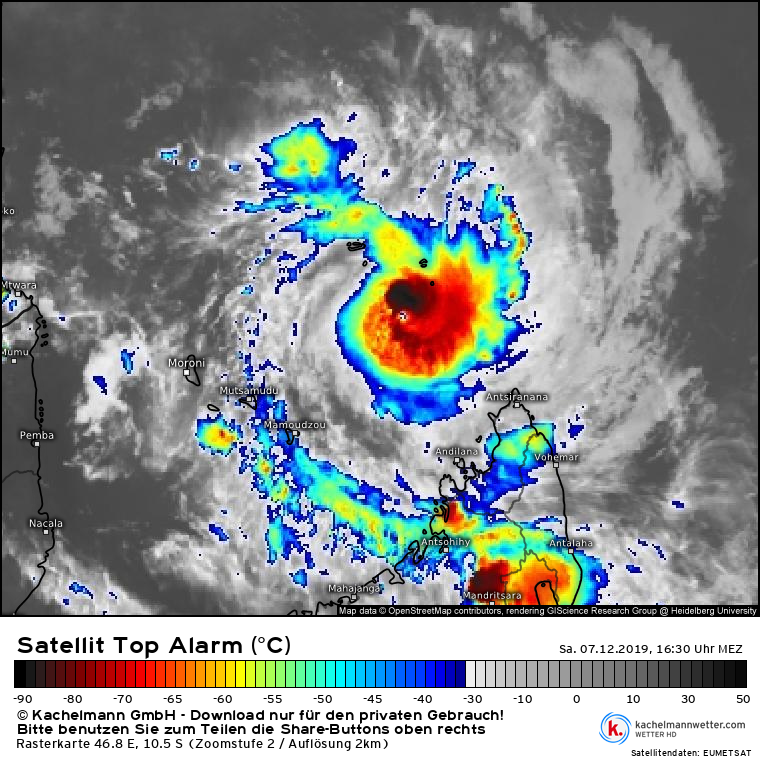 Belna should keep tracking south southwestward over the next hours, with a mid-level ridge building in the east of the system while a weakness in the subtropical ridge arrives in the south. The current forecast track lies near the western edge of the available reliable guidance (IFS/GFS/EURO) for the first 24 hours of forecast, to take into account the observed track. Monday, a landfall on Madagascar is expected between Mahajanga and Cape Saint-Andre. Then, the uncertainty significantly increases due to the passage over land.

A northerly constraint at 300 HPA, seen on water vapor imagery, seems the best explanation to the weakening trend observed last night. As this constraint seems to abate today and environmental conditions remain conducive for development in the next hours, intensification should resume shortly and keep on until its likely landfall on Madagascar. It should so succeed in reaching intense tropical cyclone status. This current forecast is very uncertain however due to the small size, making Belna very sensitive to its environment. Moreover it does not take into account a potential eyewall replacement cycle that could weaken Belna. From Monday evening, the intensity forecast is much more uncertain following the potential landfall.

Later today, Belna should pass around 80 km east of Mayotte, according to the current forecast. During Monday afternoon or evening, a landfall at the stage of intense tropical cyclone is still forecast on the northwestern Madagascan coast, which is particularly vulnerable to the storm surge. Depending on the location of landfall, the max storm surge could reach 3 m near the impact point. Additionally, torrential rains are awaited on the regions of the landfall, locally exceeding 300 mm.

Inhabitants from the northern and western Malagasy coasts are invited to monitor closely the evolution of Belna. The inhabitants of the northwestern Madagascan coast should begin preparation for a possible landfall.