You are using an out of date browser. It may not display this or other websites correctly.
You should upgrade or use an alternative browser.
T Laura has become a very powerful hurricane this morning. The
satellite presentation has continued to improve with the eye
becoming better defined, and cloud tops colder than -70C in the
surrounding ring of deep convection. Both NOAA and Air Force
hurricane hunter aircraft have provided valuable data this morning.
The NOAA P-3 aircraft reported a peak flight-level wind of 125 kt at
8000 ft, and a peak SFMR wind of 104 kt, while the Air Force crew
has observed peak 700-mb flight-level winds of 121 kt and peak SFMR
winds of 104 kt. The lastest minimum pressure estimated from
aircraft data is 956 mb, indicating a pressure drop of 27 mb over
the past 12 hours. Based on the aircraft data, the initial wind
speed was increased to 100 kt on the 1200 UTC intermediate advisory,
and is now set at 110 kt based on the latest flight-level and SFMR
winds.

Laura is likely to continue strengthening today while it moves over
warm waters of the northwestern Gulf of Mexico and the vertical
wind shear remains low. Laura's intensity could level-off by this
evening due to the possibility of an eyewall replacement cycle
and the expected increase in shear around the time of landfall.
Even if the rate of strengthening eases, Laura is expected to be
an extremely powerful category 4 hurricane when it reaches the
northwestern Gulf coast. After landfall, rapid weakening will
occur, but Laura will bring a swath of damaging winds well inland
over western Louisiana and eastern Texas. The UKMET and ECMWF models
suggest that there is some chance that Laura re-intensifies as a
tropical cyclone off the mid-Atlantic coast, but given the
uncertainties at that time range the forecast continues to show it
as a post-tropical cyclone at days 4 and 5.

Laura is moving northwestward at about 13 kt. A gradual turn toward
the north-northwest and north are expected within the next 12-18
hours as the hurricane moves around the western portion of a mid-
level ridge that extends from the western Atlantic into the
southeastern United States. This motion will bring the center of
Laura onshore in southwestern Louisiana or extreme eastern Texas
tonight. By Thursday night, Laura is forecast to turn northeastward,
and then east-northeastward on Friday as it becomes embedded in the
mid-latitude westerlies. The dynamical track models are in good
agreement, and little adjustment to the previous NHC forecast track
was required.

Laura is a large hurricane and users are reminded to not focus on
the precise track forecast since wind, storm surge, and rainfall
hazards extend far from the center.

1. Unsurvivable storm surge with large and destructive waves will
cause catastrophic damage from Sea Rim State Park, Texas, to
Intracoastal City, Louisiana, including Calcasieu and Sabine Lakes.
This surge could penetrate up to 30 miles inland from the immediate
coastline. Only a few hours remain to protect life and property and
all actions should be rushed to completion.

3. Widespread flash flooding along small streams, urban areas, and
roadways is expected to begin this afternoon into Thursday from far
eastern Texas, across Louisiana and Arkansas. This will also lead
to minor to isolated moderate freshwater river flooding. The heavy
rainfall threat and localized flash and urban flooding potential
will spread northeastward into the middle-Mississippi, lower Ohio
and Tennessee Valleys Friday night and Saturday. 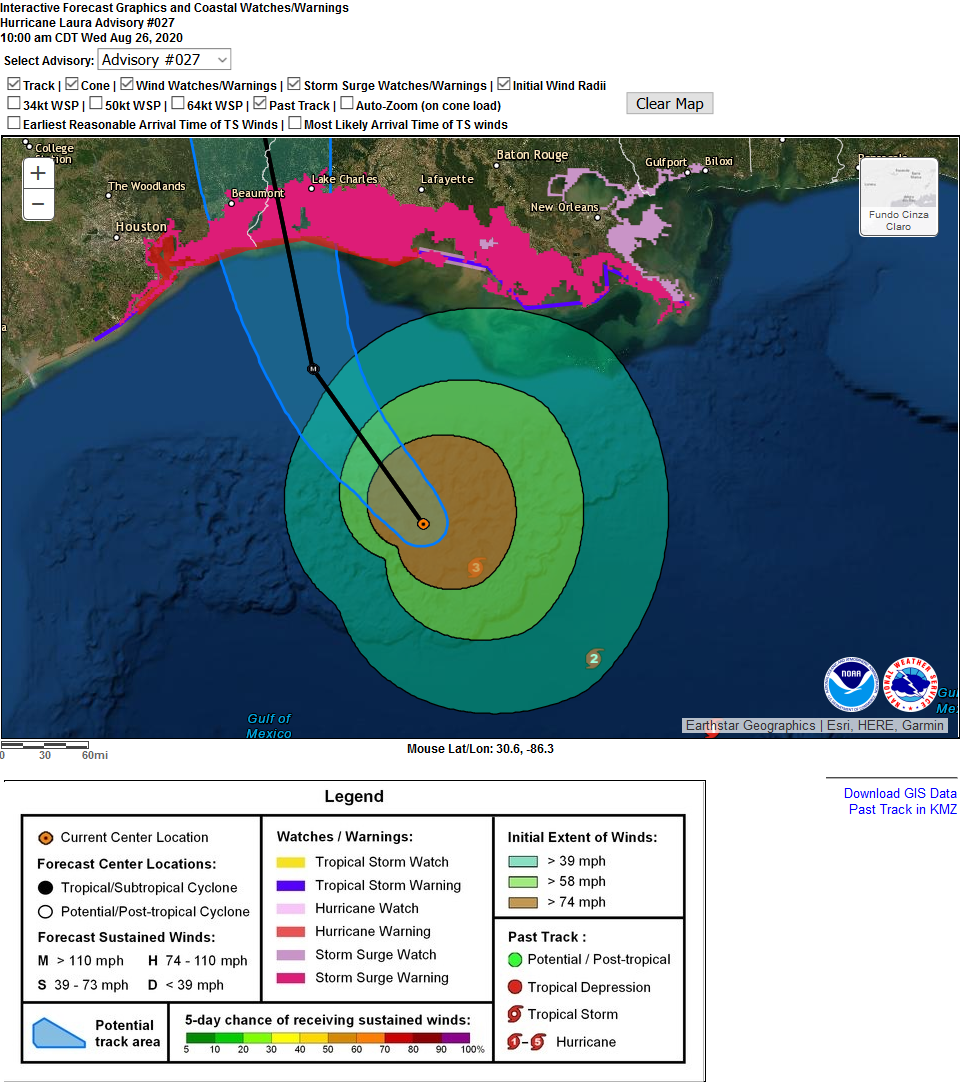 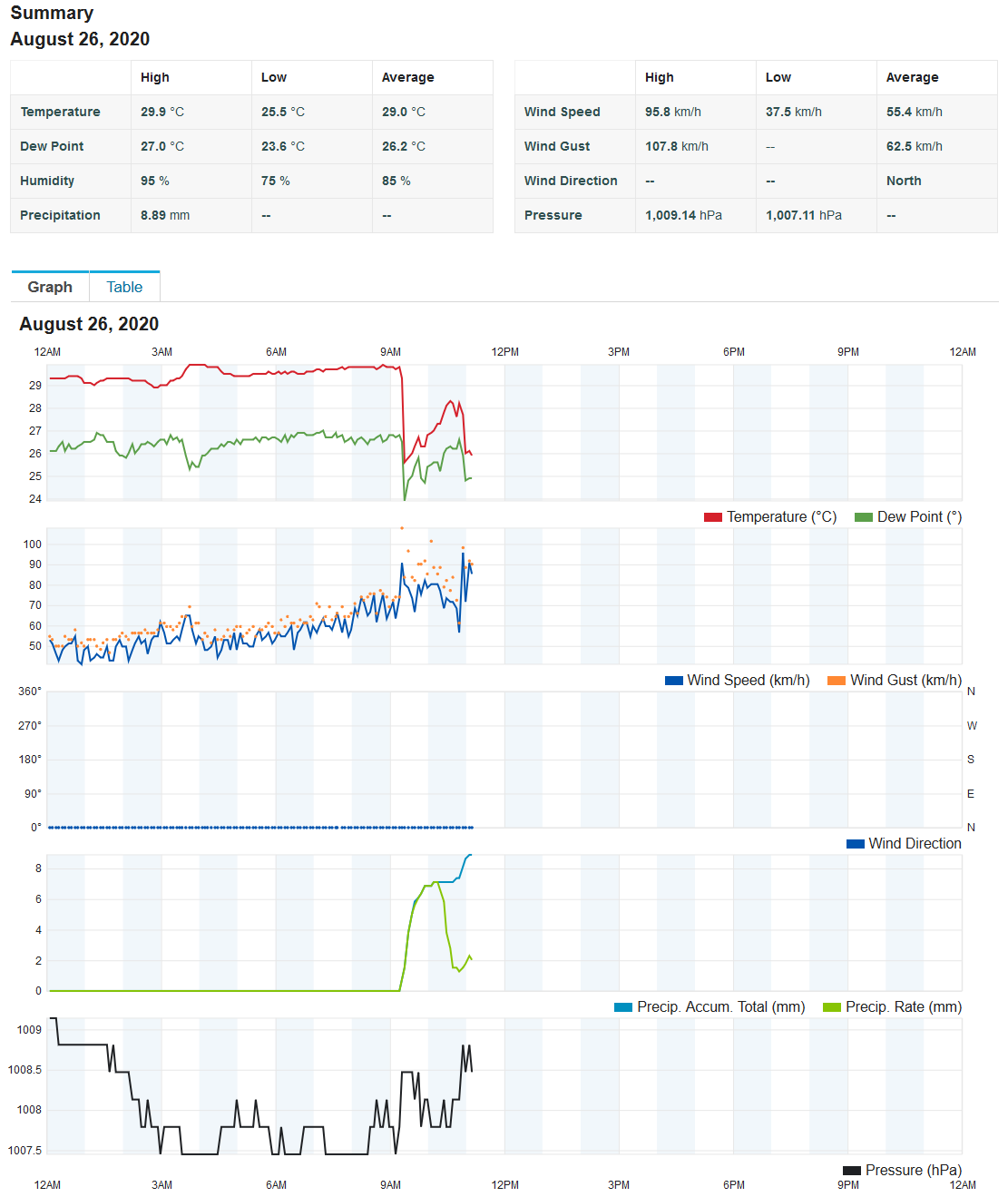 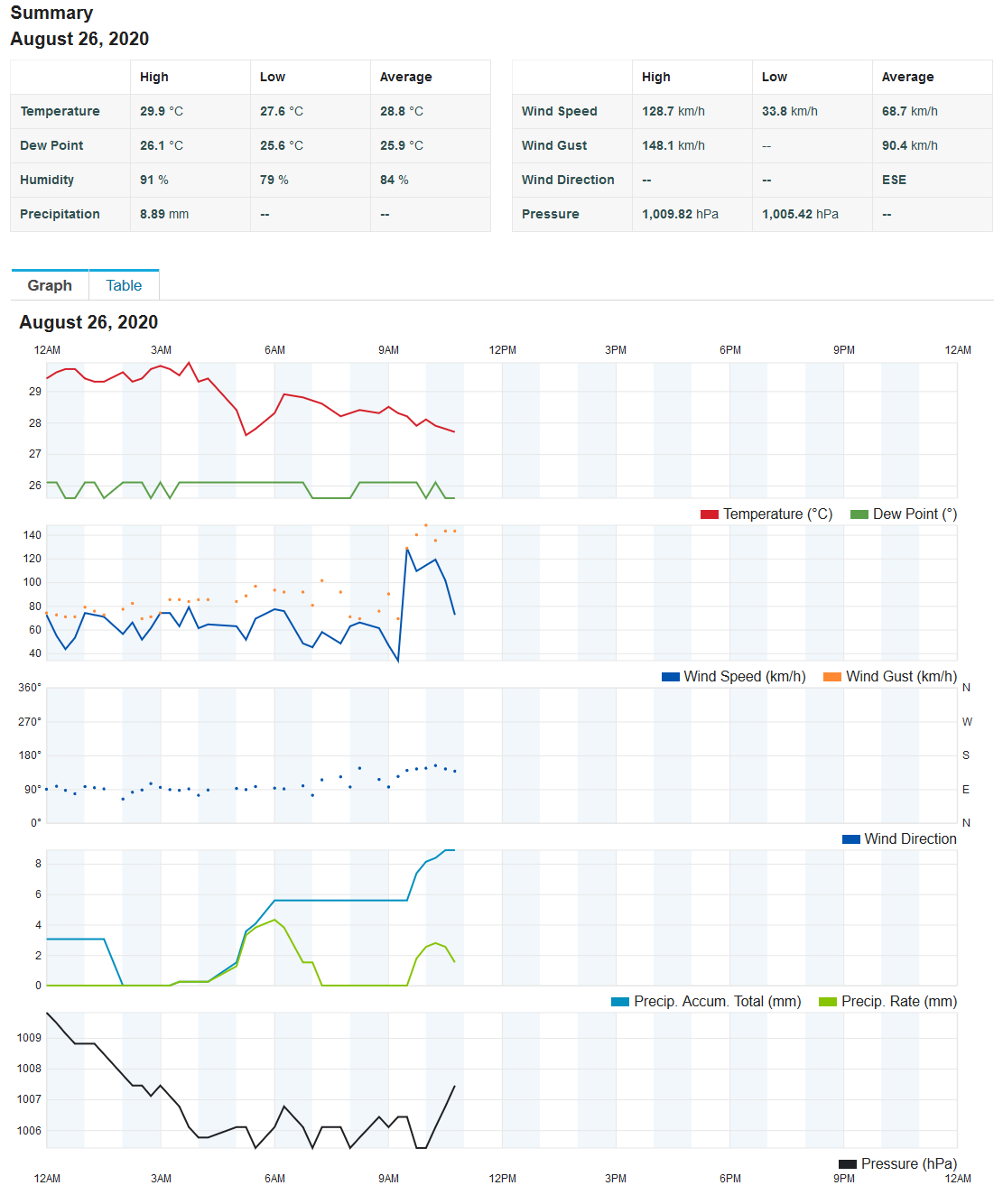 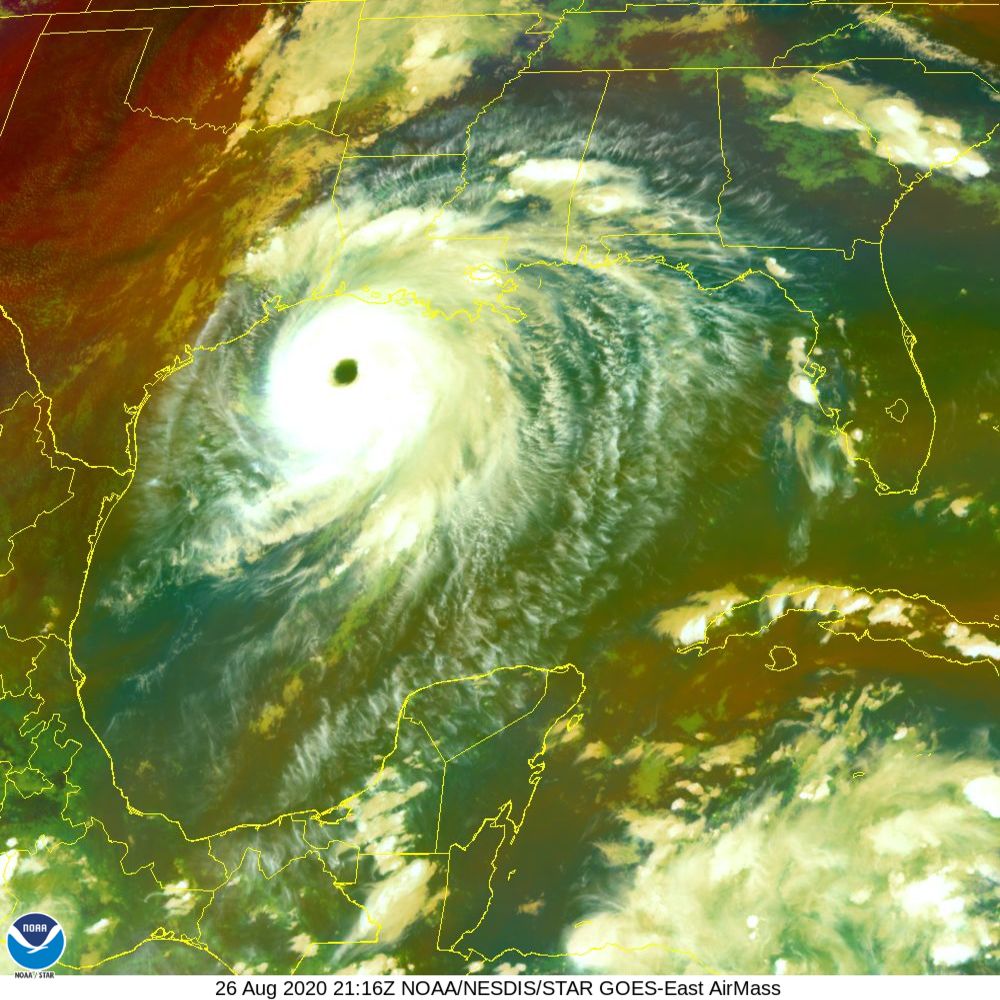 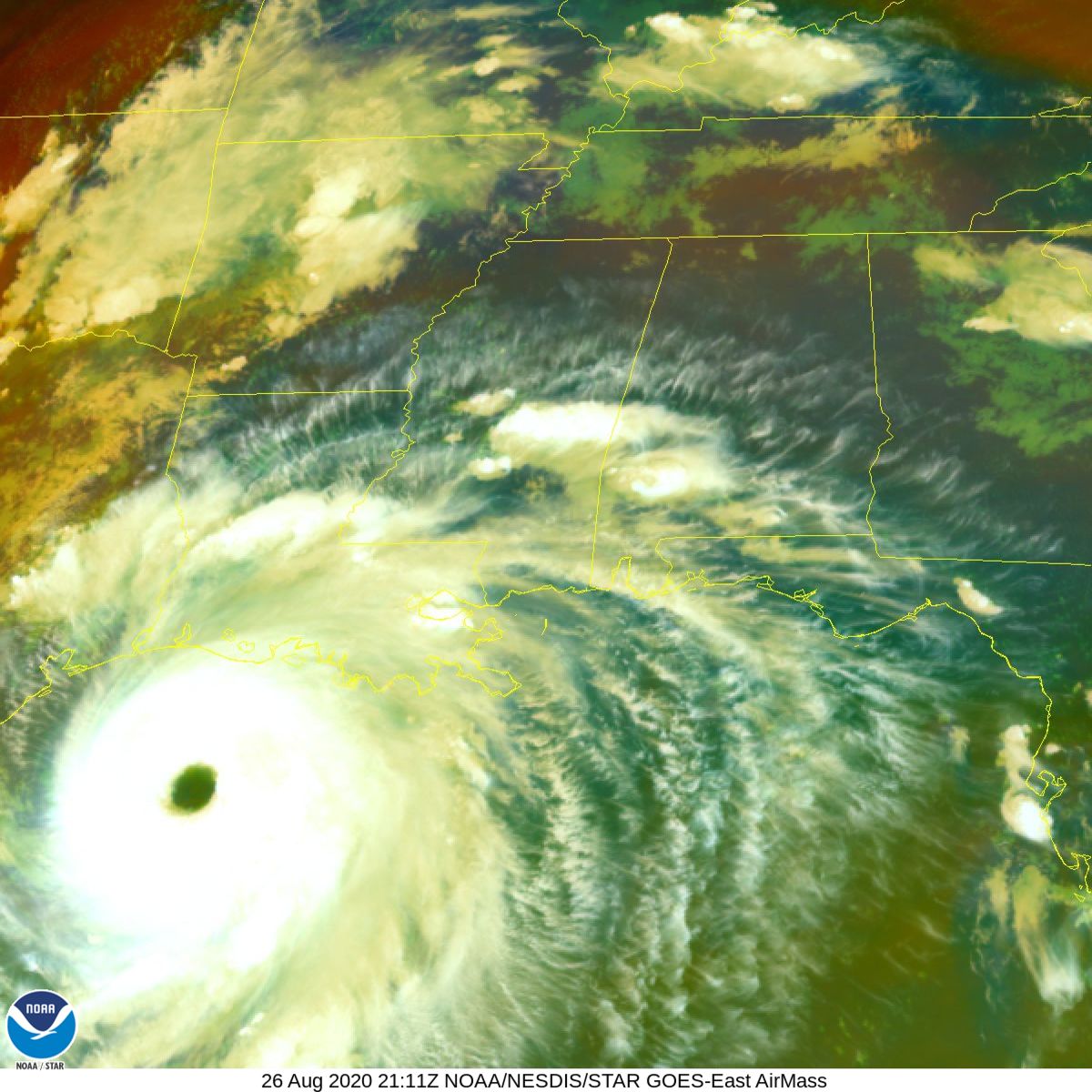 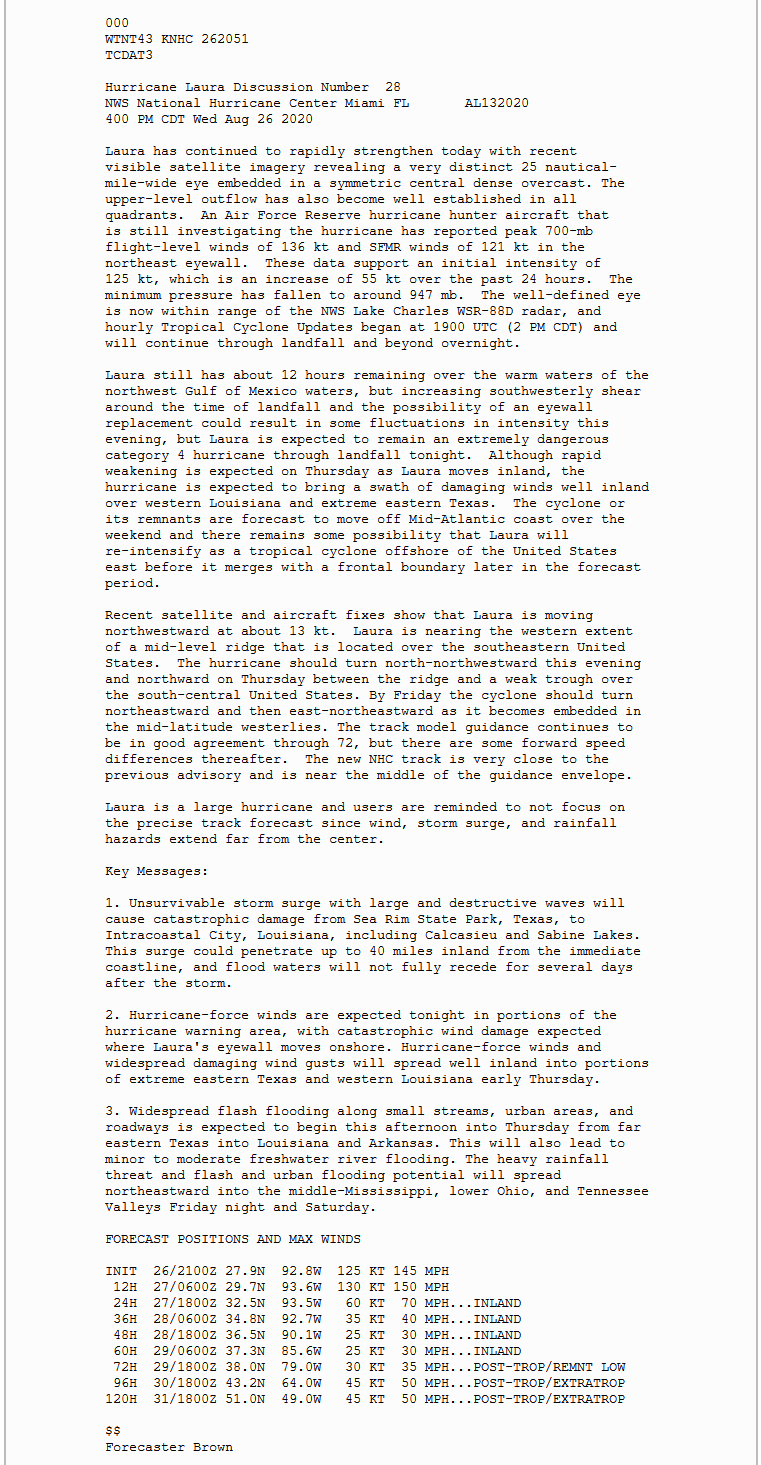 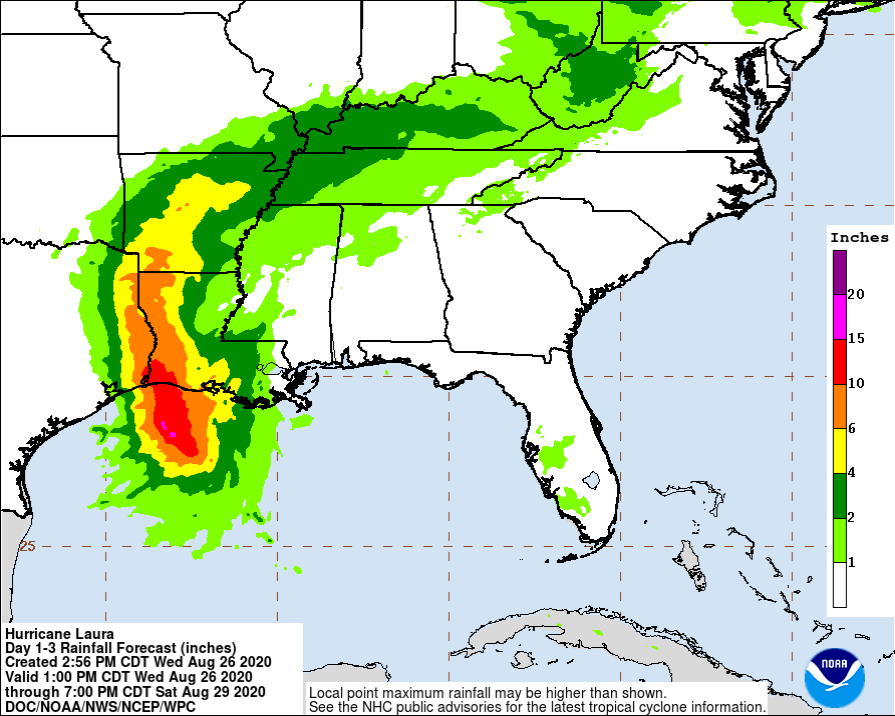 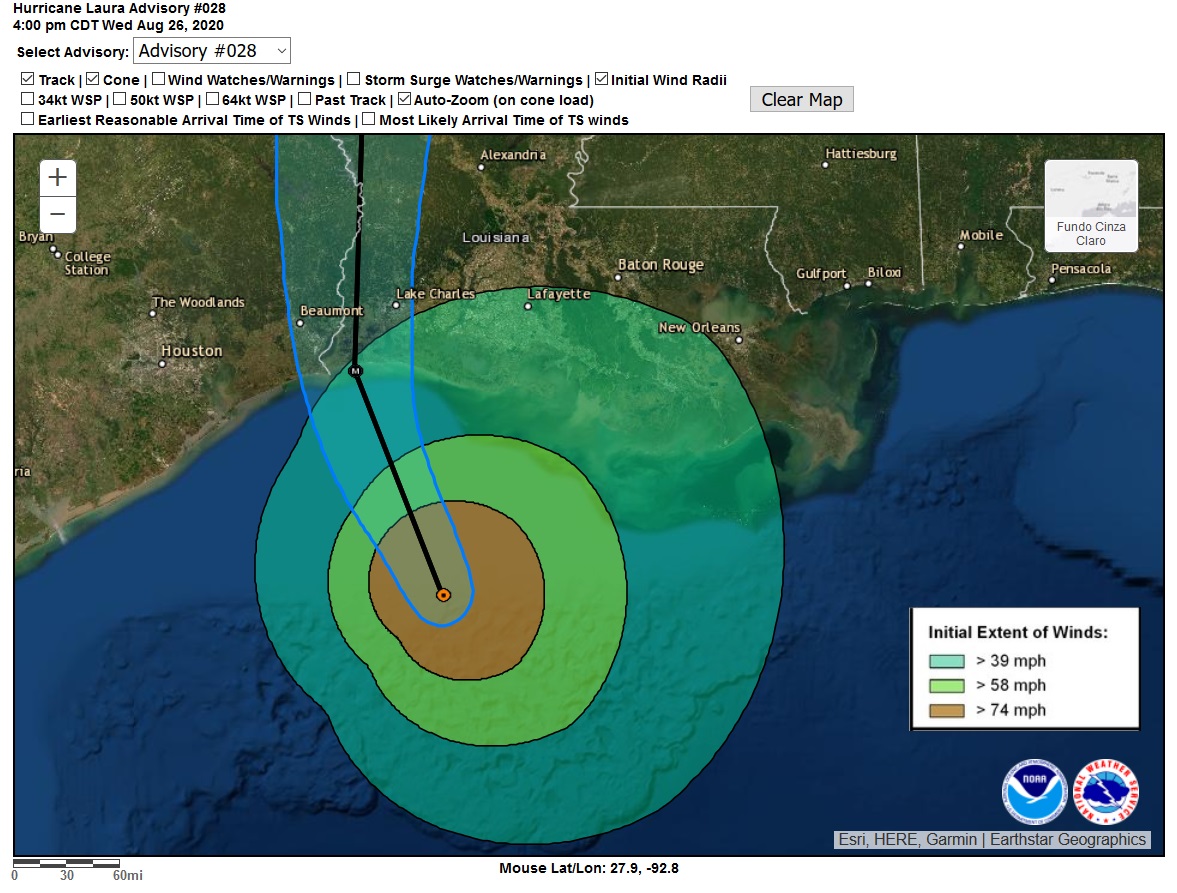 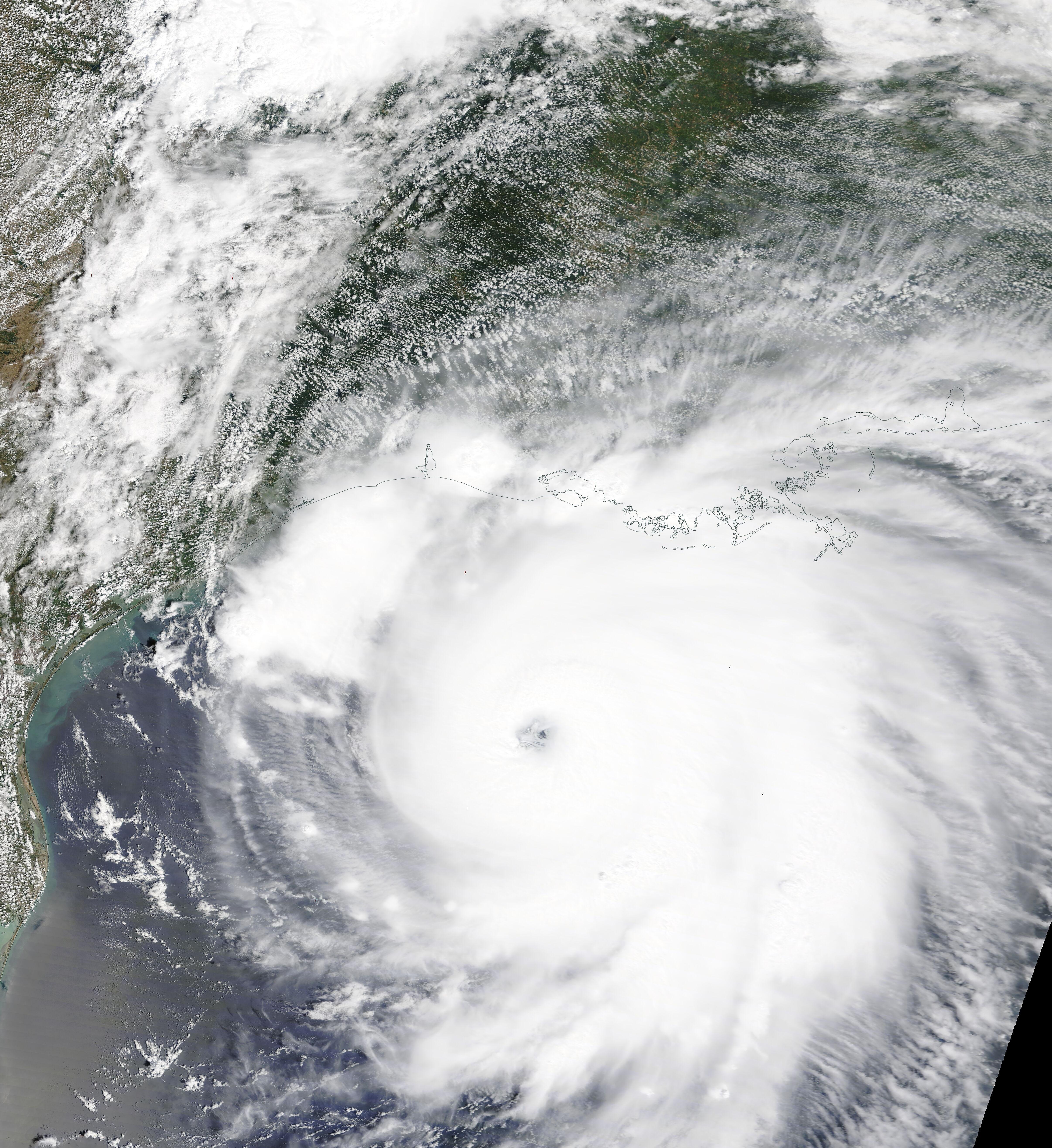 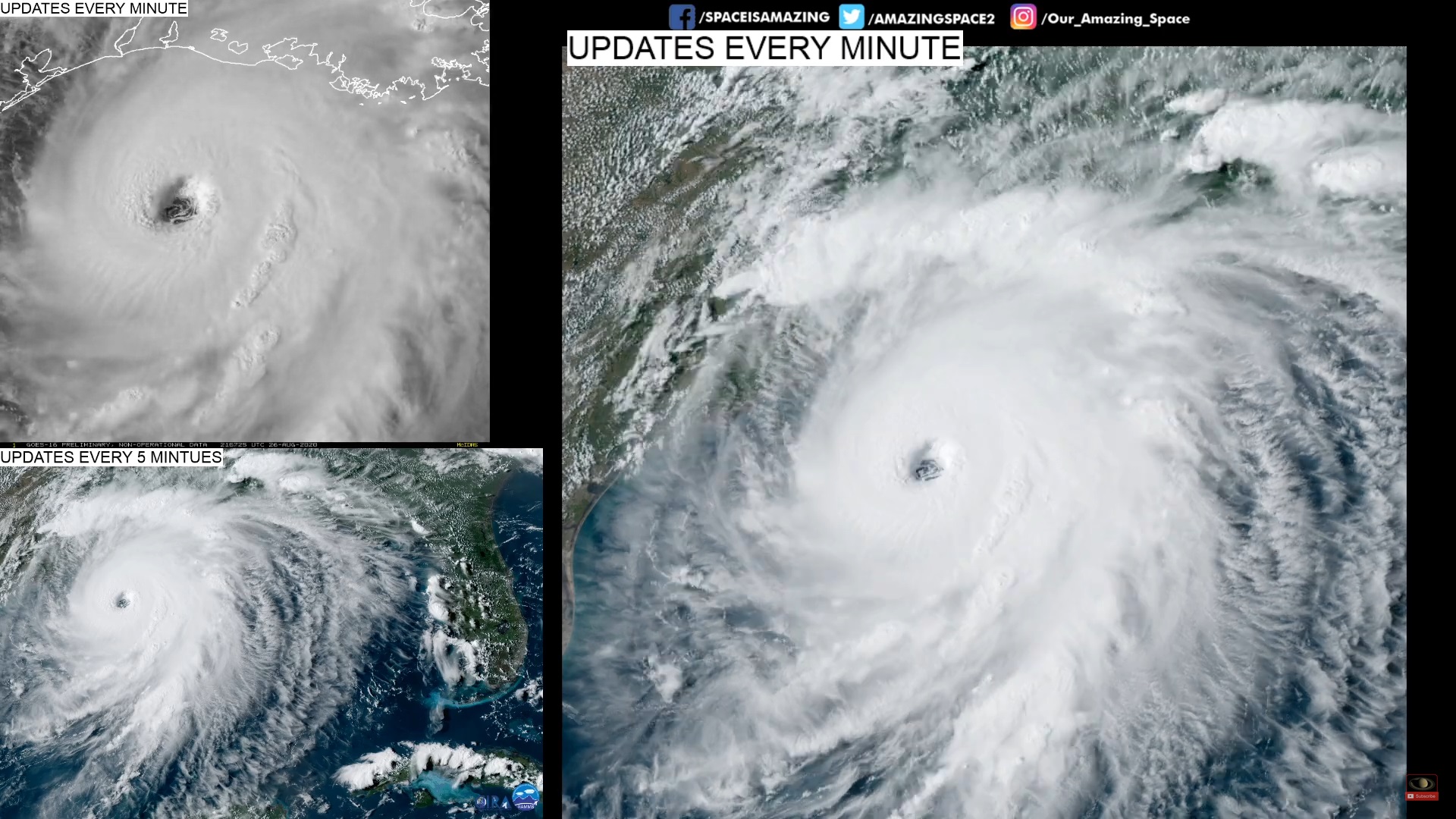 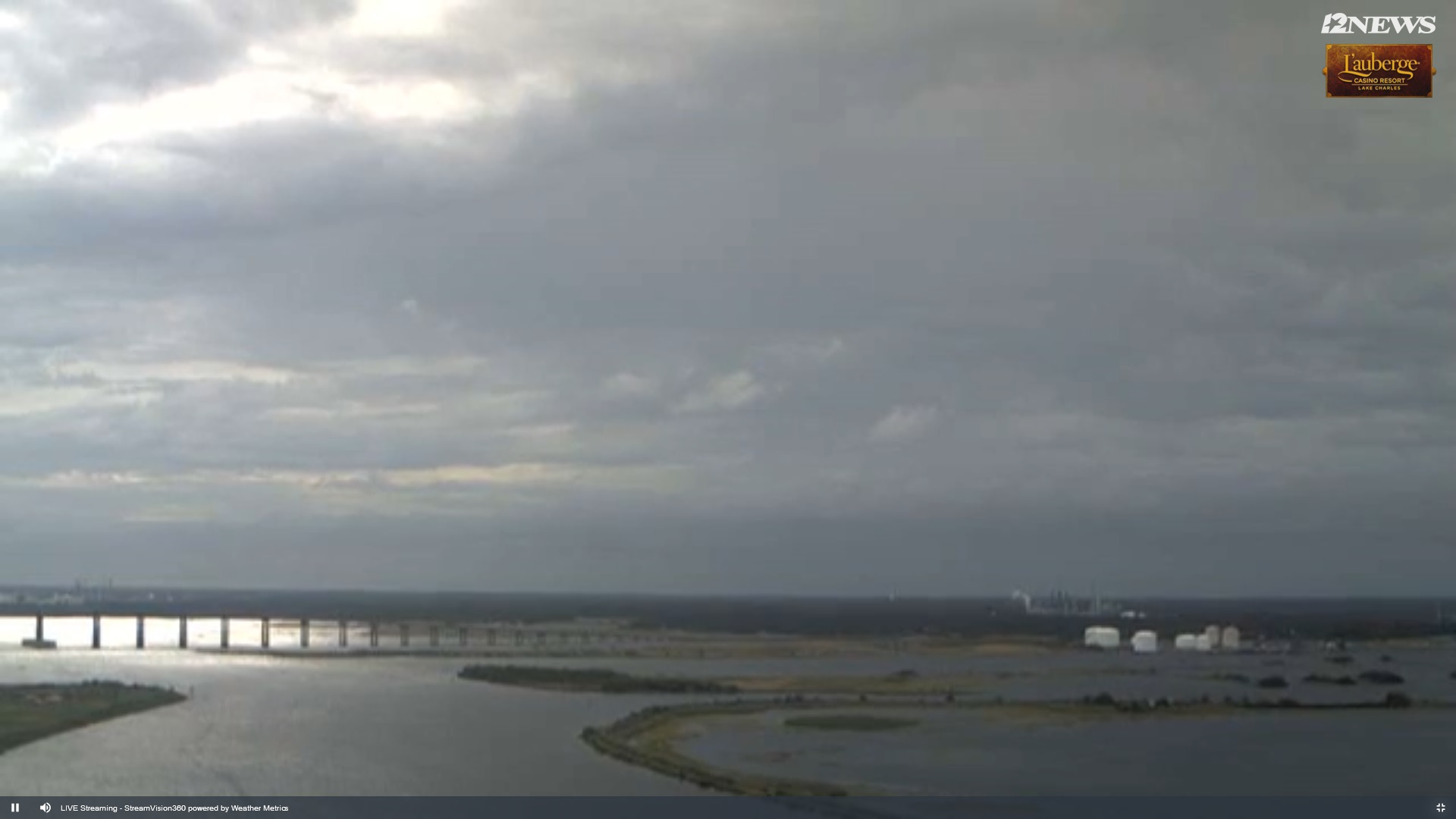 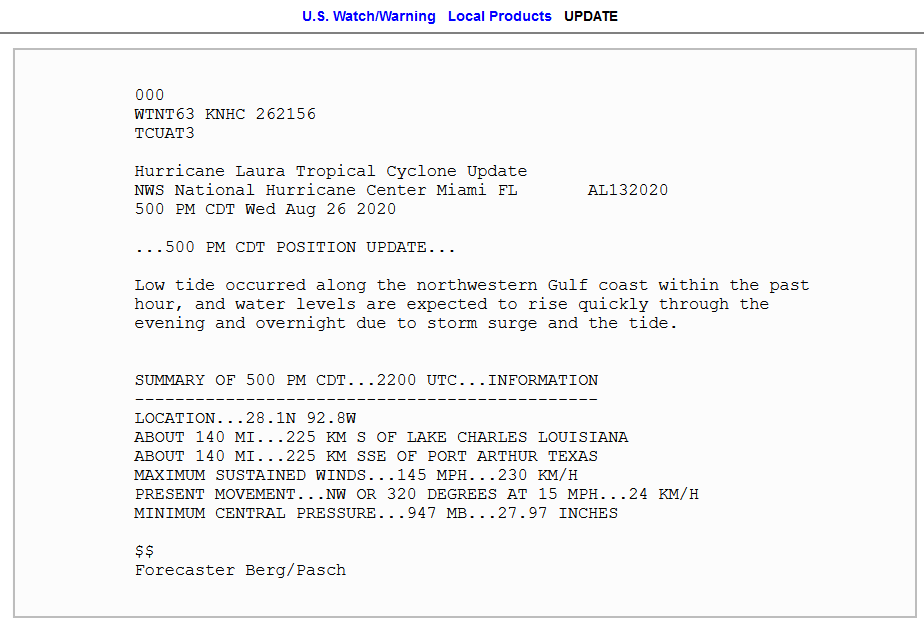 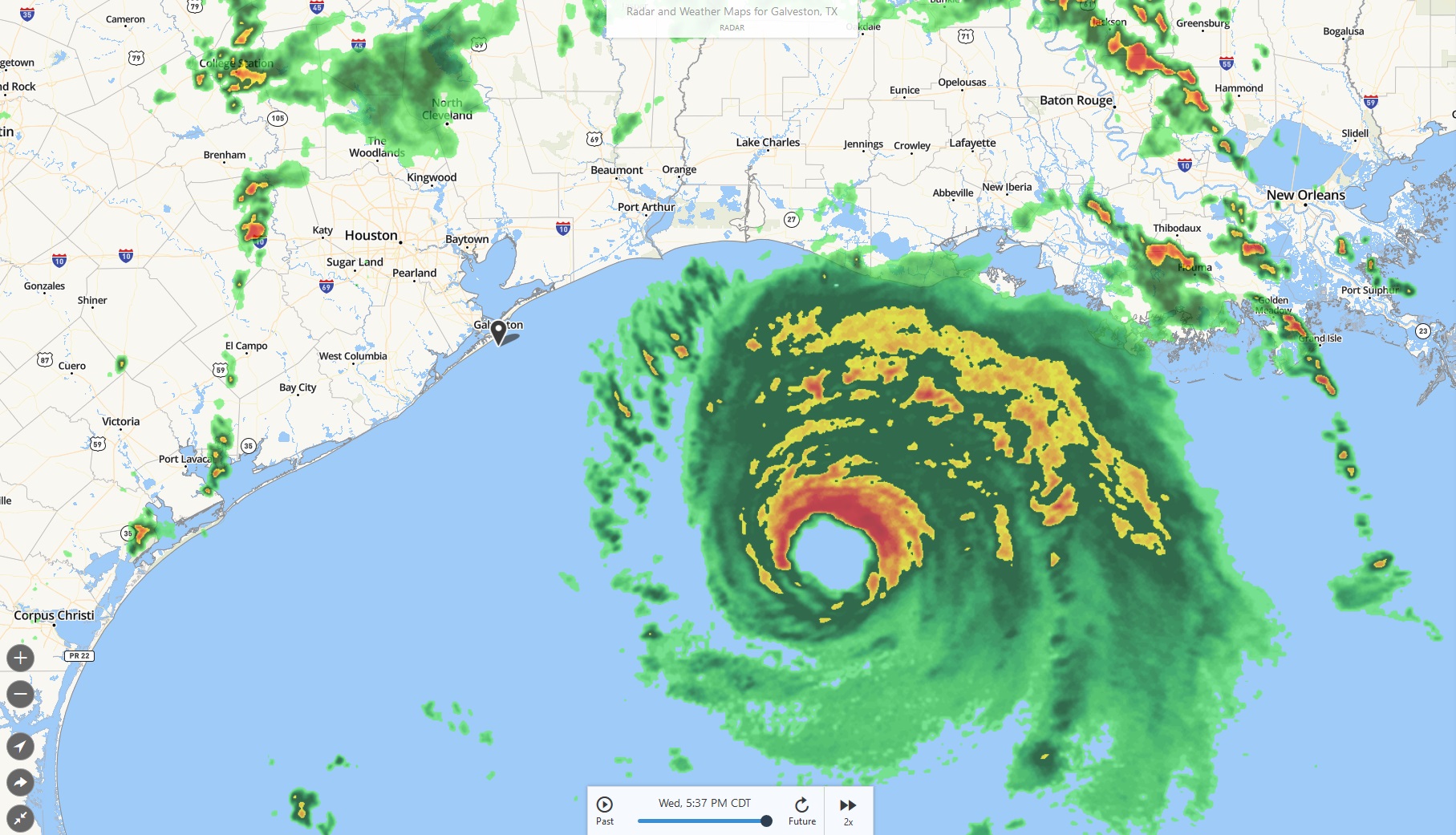 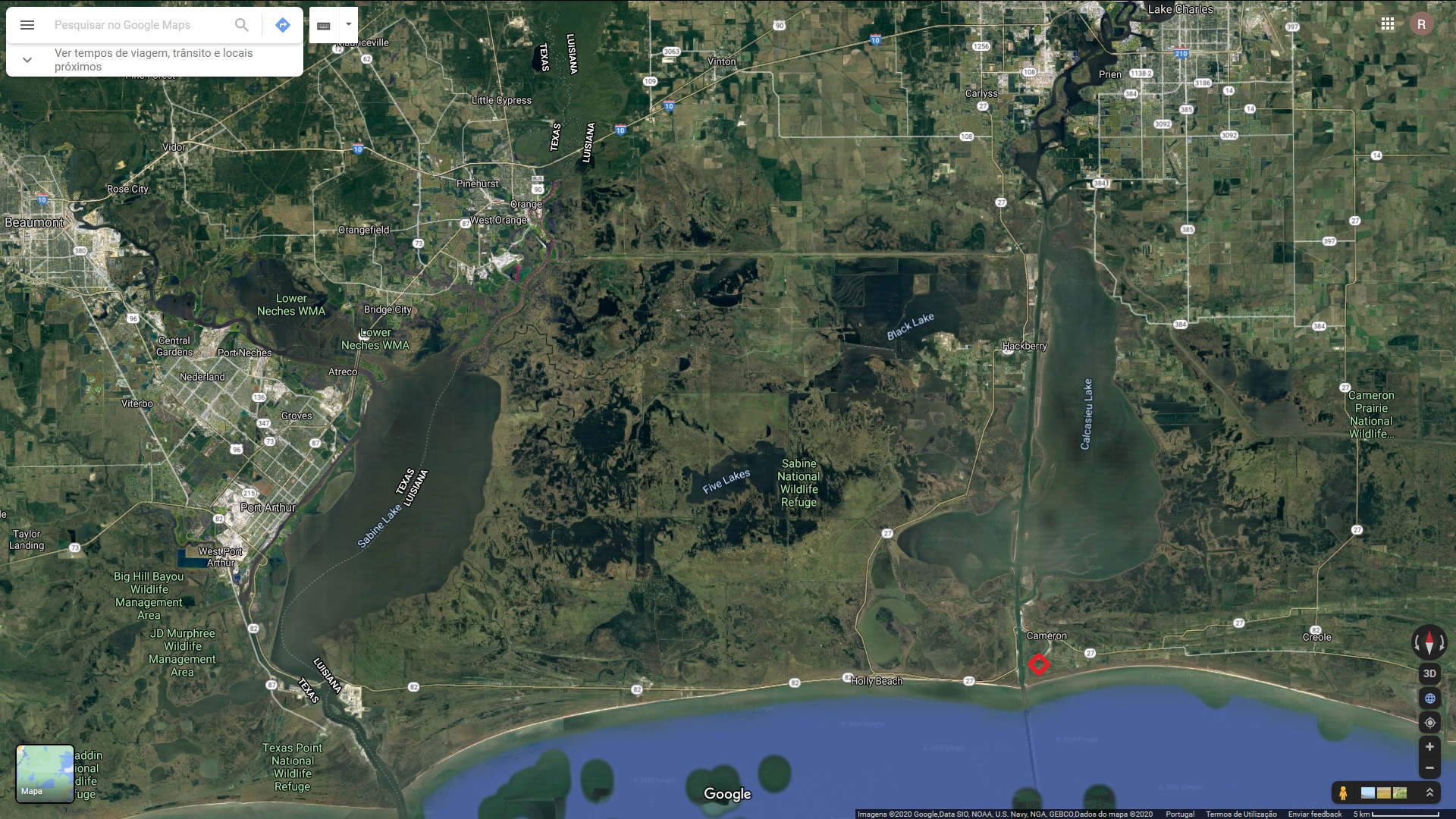 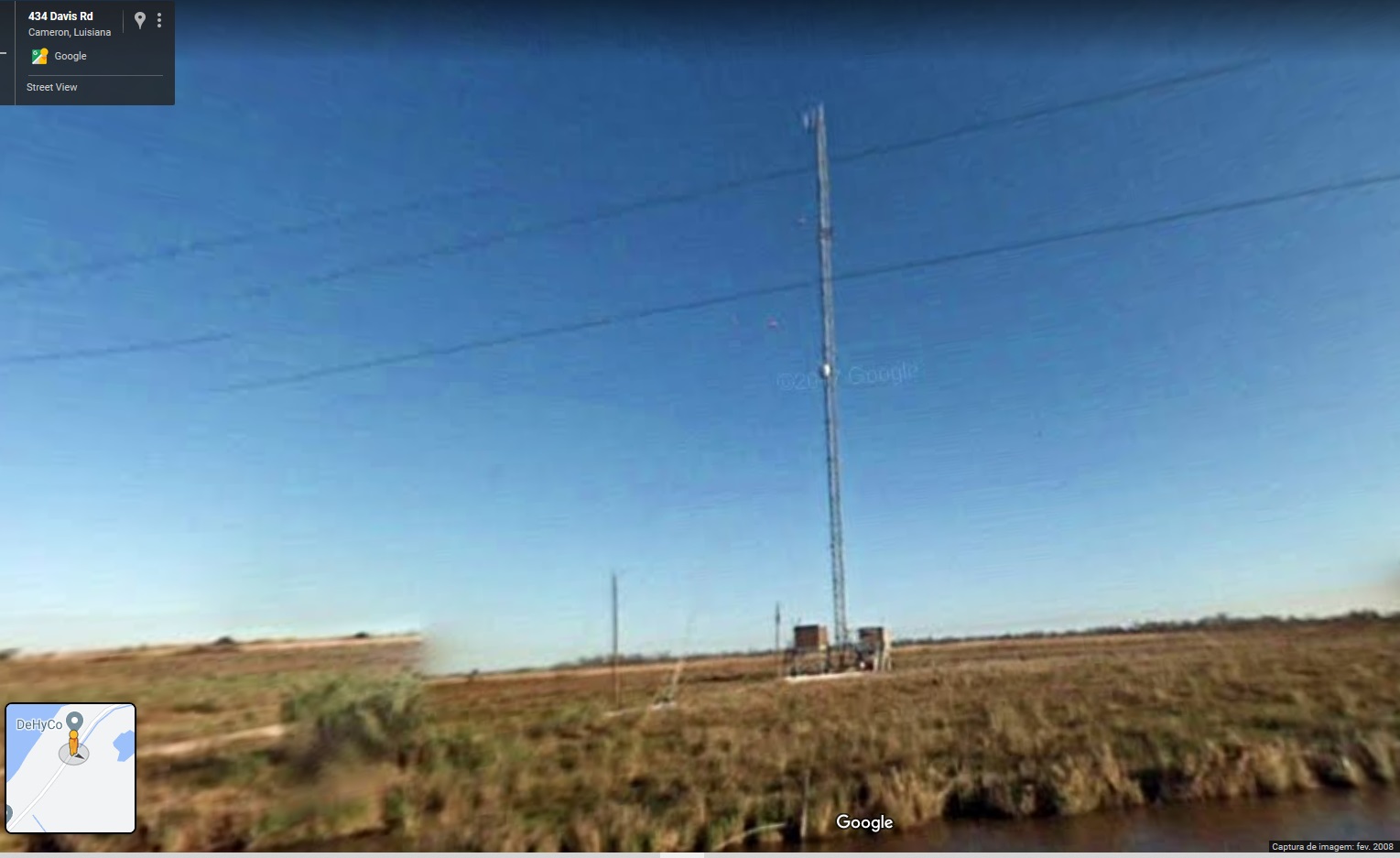 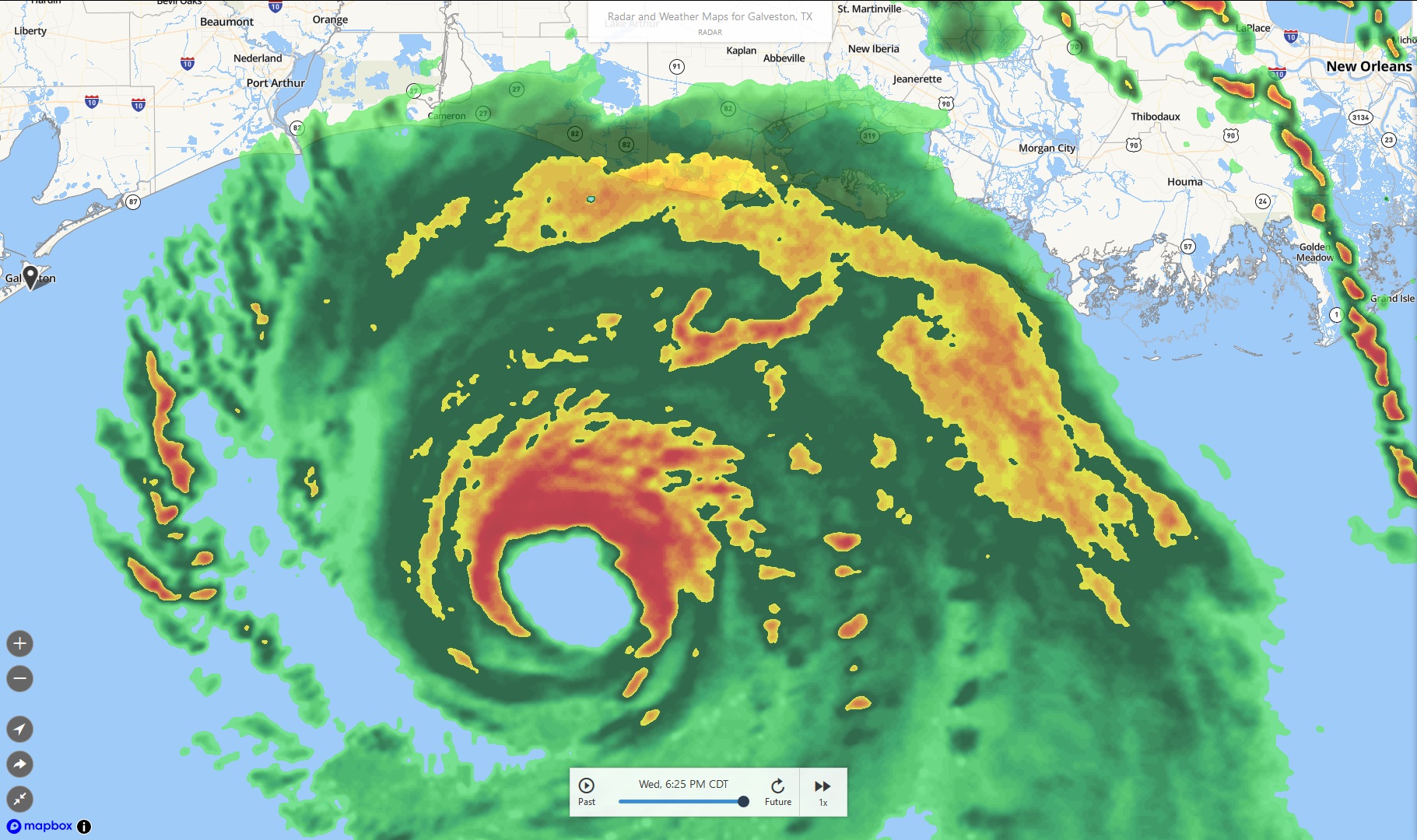