Update 14:46 UTC: 2 more pictures - a) a collapsing home on a truck and b) totally destroyed apartments that did not collapse only because of the resistance of the pillars. Interesting to see is that the damage in the apartment buildings occurred only at the lower levels.

Mystery as hundreds of tiny earthquakes are measured in Alpine valley 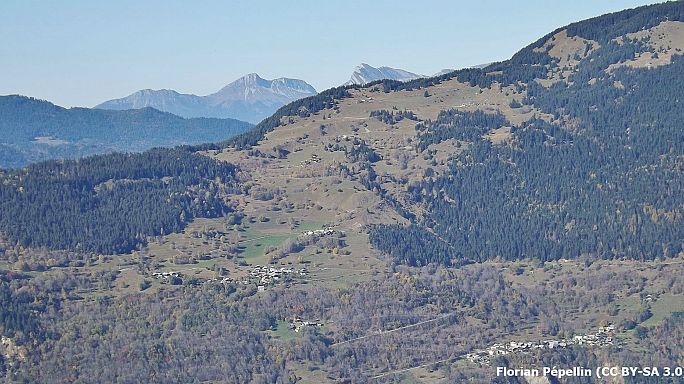 Scientists are investigating a phenomenon which has seen more than 400 earthquakes, mostly imperceptible to humans, strike the Maurienne valley in the French Alps since July.
Three of the earthquakes were higher than a level 3 on the Richter scale, still well below the magnitude 5 at which damage to buildings can start to occur.

Small earthquakes linked to fault lines in the earth are not uncommon in the region, but to see such a large volume emerge so suddenly has caught researchers off guard.
Extra measuring apparatus have been deployed to try to identify the particular cause of the problem and meetings have been held to reassure residents.

Fonte: Euronews
Mostrar assinatura
“Truth is stranger than fiction, but it is because Fiction is obliged to stick to possibilities; Truth isn’t.”
- Pudd’nhead Wilson’s
Reactions: rokleon, Wessel1985 e luismeteo3

It's the strongest quake in South Korea since a 5.8-magnitude occurred near the ancient city of Gyeongju, which is close to Pohang, in September 2016, Korea Meteorological Administration officials said.

No injuries or major damage has been immediately reported.

Pictures and video at link:

Mostrar assinatura
“Truth is stranger than fiction, but it is because Fiction is obliged to stick to possibilities; Truth isn’t.”
- Pudd’nhead Wilson’s
Reactions: fablept, Wessel1985, luismeteo3 e 1 outra pessoa