At least 34 people have been killed in Mexico by two powerful storms battering the country simultaneously, one on its east and another on its west coast.

Hurricane Ingrid sent thousands to shelters on Mexico's western Gulf Coast before it was downgraded to a tropical storm just before it made landfall.

It is dumping torrential rains as it moves west-northwest through Tamaulipas state at a speed of 13km/h (8mph).

Twenty-two people were killed in the region, most of them in Guerrero state. The other victims were in Hidalgo, Puebla and Oaxaca.

A landslide in the town of Altotonga, in eastern Veracruz state, has killed 12 people. Rescue services are looking for survivors.

Ingrid made landfall near the town of La Pesca in north-eastern Tamaulipas state on Monday. 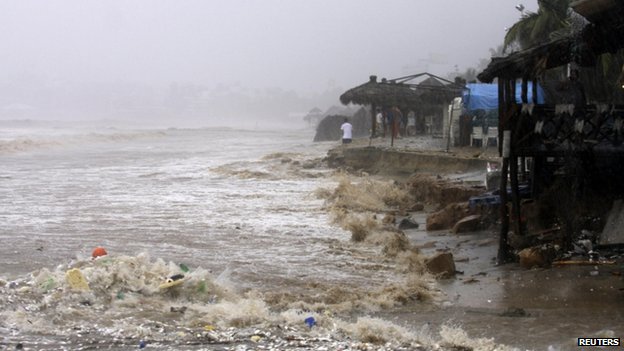 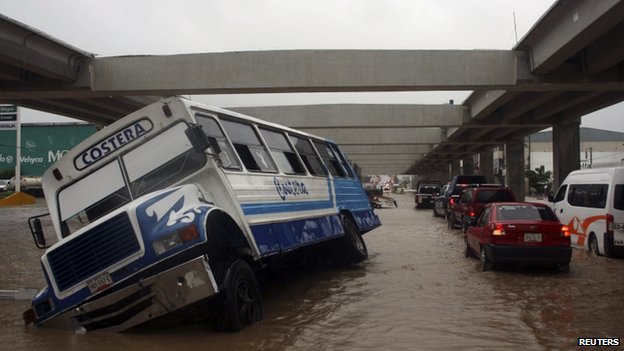 The main highway in south-western Guerrero state was closed after buses overturned in flood waters. 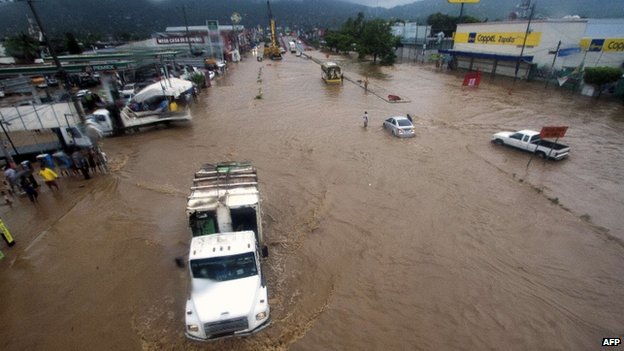 Even though the storm weakened to a tropical depression on Sunday, floodwaters were not receding. 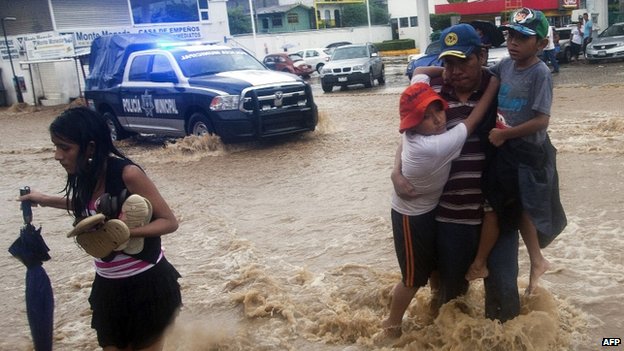 Some 2,000 residents were moved to shelters or stayed with friends and relatives. 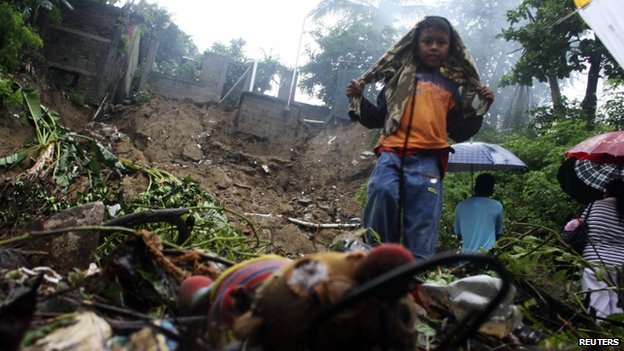 Six members of one family were killed when their house collapsed in a landslide in Acapulco.​

It currently has maximum sustained winds of 75km/h (45 mph).

It has weakened since hitting land, and is expected to dissipate on Tuesday, but forecasters at the Miami-based National Hurricane Center (NHC) warned Ingrid could still cause deadly flash floods and mudslides.

They said the storm could dump as much as 38cm (15 inches) of rain over parts of eastern Mexico.

Six thousand people were evacuated as the category one hurricane approached the coast. Celebrations marking Mexico's independence day were cancelled in many coastal towns.

State oil company Pemex said it had evacuated three platforms off the coast of Tamaulipas and closed two dozen wells in the area.

Ingrid arrived just a day after Tropical Storm Manuel hit Mexico's Pacific Coast. The resort city of Acapulco was among those worst hit.

Eleven people are confirmed to have died there, six of them members of the same family whose house collapsed in a landslide.

Cars were dragged away in fast-flowing floodwaters and the airport has been closed.

President Henrique Pena Nieto is travelling to Acapulco to assess the damage. Government minister have been despatched to the most affected regions.

On Sunday, Manuel was downgraded from a Tropical Storm to a Tropical Depression, but was forecast to dump more rain on the already sodden area.

The last time the country was hit by two tropical storms in the span of 24 hours was in 1958, according to National Weather Service coordinator Juan Manuel Caballero.
Clique para expandir...