Ocultação de Saturno pela Lua - 10.12.2006
SUNDAY, DECEMBER 10, 2006. Moon occults Saturn early this morning. This occultation is visible in the far north—Norway, Iceland, and most of Britain and Greenland. The eclipse lasts from about 9:45 a.m.-1:45 p.m. UT, or GMT. This may be midday, but midday in the far north during this season remains quite dark.
However, this occultation of Saturn affects us all in regard to the affairs of Saturn. It occurs while Saturn is still nearly stationary [VIM: Saturn turns retrograde tomorrow, Dec. 6], and thus its impact is strong.
Saturn relates to tradition and authority.

Hotspots or not? Isotopes score one for traditional theory
http://space.physorg.com/news84638650.html

No matter their size black holes 'feed' in the same way
http://space.physorg.com/news84638409.html

Earthquakes and volcanoes show extreme disturbance in the outer and inner core of the earth - havoc in 2012?
http://www.indiadaily.com/editorial/14593.asp

Hawaii Collapsing In On Itself
Supervolcano Caldera Giving-Way

October 16/2006 - This swarm of October 15/2006 earthquakes (30 quakes in one day) in Hawaii which began with magnitudes 6.7 and 6.0 are only a small part of the big event to soon strike the entire globe. First, it was Indonesia's 9.3 quake and tsunami which began the chain reaction, which then began to change the shape of the planet, opened up new pathways for magma to shift and move upward from the earth's core and mantle, on a massive scale.

These vertical-drop/circular events are probably being caused by the collapse of a super-lava-dome beneath Hawaii, along the Pacific Ring of Fire and could result in a further major continental shift and separation of tectonic plates all the way up along the US and Canada's west coast.

This is what happens when countries around the world are engaging in the use of HAARP technology for environmental-military attacks on each other, unchecked. Their fooling with the earth's ionosphere is putting energy into the earth's energy belts which emerge from earth's core, leap into our atmosphere, forming bubbles of protection from space debris and solar particles and then they loop back into the earth again. By adding more energy than already exists inside the loop system, back into the core, the obvious result is..superheating and expansion of the earth's liquid center, upward hot liquid migration, and tectonic-plate separation.

As the Southern-Hemisphere collapses in on itself, North America will have to adjust and settle into the new tectonic arangement. This will cause the great events we are expecting to see any day now in British Columbia, Oregon, California, Alaska, and Mexico. Pray for Vancouver Island!

Super gravity clue from Neutron stars to particle that can be used to create artificial big bang in a massive particle collider
http://www.indiadaily.com/editorial/14530.asp

30 Essential Pieces Of Free (and Open) Software for Windows
http://www.thesimpledollar.com/2006/12/01/30-essential-pieces-of-free-and-open-software-for-windows/ NOTE: As might be expected SOHO is in "bakeout" and Lasco 2 and 3 haven't updated since 12/4. Remember we are "mushrooms"; just keep us in the dark and feed us manure.

Ancient calculator was 1,000 yrs ahead of its time
http://www.zeenews.com/articles.asp?aid=340464&sid=FTP "Inca City" is Part of a Circular Feature
http://mars.jpl.nasa.gov/mgs/msss/camera/images/8_2002_releases/incacity/index.html


THE PHILADELPHIA EXPERIMENT:
What They Didn't Want You To Know
http://www.mondovista.com/philadelphia.html

Wild flowers could provide a solution to global warming
http://thescotsman.scotsman.com/international.cfm?id=1822942006

PLANETARY ALIGNMENT: Finally, a good reason to wake up early! Jupiter, Mercury and Mars are converging to form a tight triangle in the morning sky. Look for them, low in the east, beaming through the rosy glow of dawn on Dec. 8th, 9th, 10th and 11th.

Your carbon footprint revealed: Climate change report finds we each produce 11 tons of carbon a year - and breaks down how we do it
http://news.independent.co.uk/environment/article2060002.ece

A disaster waiting to happen - why a huge earthquake near Istanbul seems inevitable
http://www.guardian.co.uk/turkey/story/0,,1968218,00.html

Currently the GOES 13 SXI is experiencing an anomaly possibly related to the X9 flare that occurred on 2006 December 5. NOAA and NASA staff are investigating. The GOES 13 SXI images provided are provisional only.
http://sec.noaa.gov/sxi/goes13/latest.html

Another Active Volcano Discovered At The Kamchatka Peninsula
http://www.russia-ic.com/education_science/science/breakthrough/322/

No firm link yet between human-caused global warming and intensity of cyclones, reports UN
http://www.un.org/apps/news/story.asp?NewsID=20952&Cr=weather&Cr1= 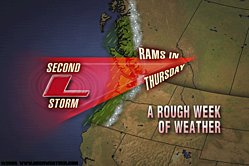 "Archaeologists have always hoped to find clues that might lead them to discover the tomb of Cheops himself."