Typhoon Soulik is approaching super typhoon status (winds of greater than 150 mph) as it continues move westward approaching northern Taiwan.
Soulik has sustained winds of 140 mph with gusts over 165 mph. It is expected to maintain its strength, or slightly strengthen, over the next day or two as it nears Taiwan. Just before landfall Friday afternoon over Taiwan, Soulik may weaken slightly. Thursday afternoon and night, local time, the Japanese island of Okinawa will get into squally conditions from the outer bands of Soulik.
However, the weakening will not spare northern Taiwan from life-threatening conditions. Winds near the coasts of northern Taiwan will become sustained over 100 mph and gust as high as 120 or 130 mph. The most likely areas to see these winds are Ishigaki in the southern Ryukyu Islands and Yilan on the island of Taiwan. Sustained winds in the major city of Taipei could reach 75 mph, with gusts in excess of 100 mph. These winds are capable of significant damage to most structures, including homes, hotels and businesses.
Water levels along coastal locations are expected to become life-threatening and capable of extensive damage to structures on the beach. Water levels will rise as high as 8-16 feet above normal high tide level, with the highest levels found in bays and lagoons that curve inland. 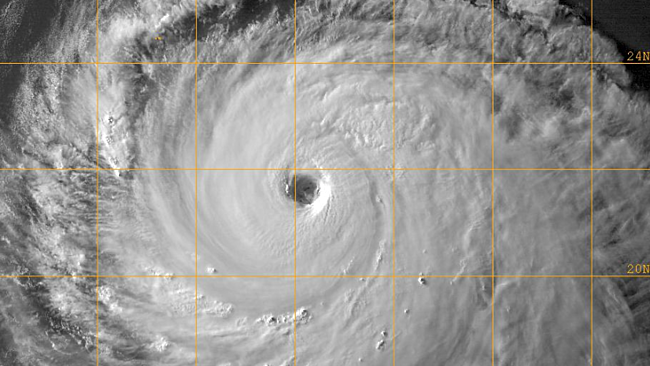 Rainfall will generally range from 4-8 inches across most areas, but in the higher terrain of Taiwan, rainfall amounts could top 1-2 feet, generating flash flooding and mudslides.
East-central China, in particular the provinces of Fujian and Zhejiang, will be at risk of damaging winds and flooding rain on Saturday. The result of a major hit on these provinces is potentially devastating, as this is one of the most populous regions of the world, home to over 90 million people. The city of Shanghai, one of the most populous cities in the world, is north of Zhejiang and the latest thinking is that this city will be spared the worst of Soulik.
Soulik is expected to make landfall on Saturday afternoon in northern Fujian or perhaps southernmost Zhejiang province between the cities of Fuzhou and Wenzhou. With some weakening expected as Soulik moves past Taiwan, maximum sustained winds along the coast of China may be between 80 and 100 mph but could be as high as 120 mph if the track is a little farther north and less interaction with Taiwan occurs. Rainfall amounts of 5-10 inches will be widespread in these eastern provinces of China, as well as easternmost Jiangxi province farther inland. Local amounts over 1 foot are also possible. @dost_pagasa At 3:00 am today, Typhoon Labuyo has made landfall over Casiguran, Aurora.