Segundo as previsões sazonais para a Primavera 2015 do ECM são as seguintes: 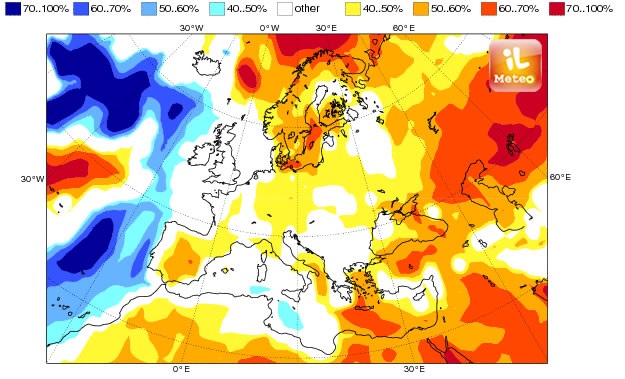 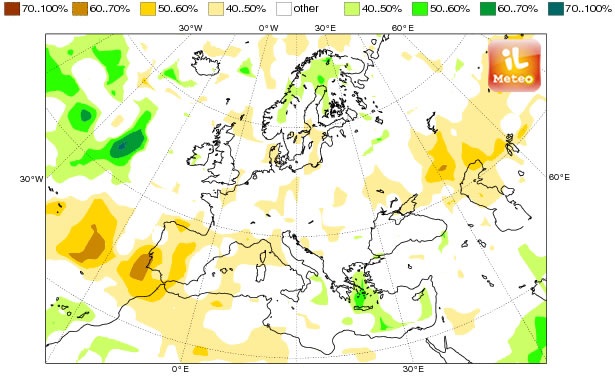 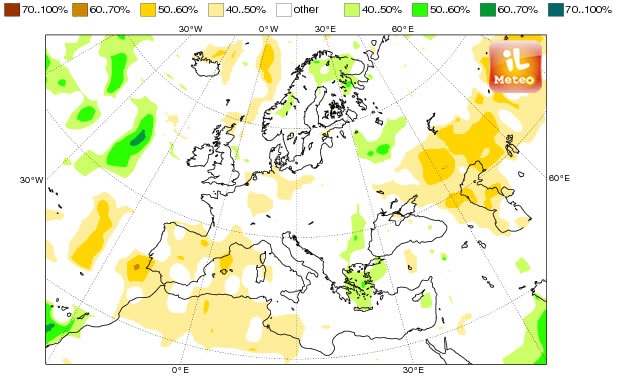 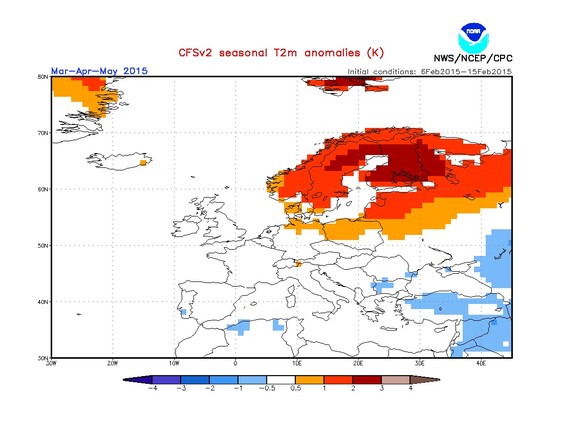 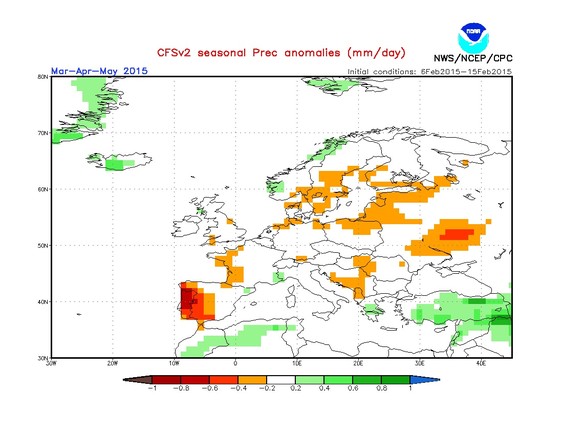 "The spring will be full of variability in areas from Ireland and the United Kingdom into northern France, Belgium and Netherlands.

The season will start with generally below-normal rainfall as most of the moisture with storm systems pass to the south. However, as the season progresses, high pressure will build in the eastern Atlantic Ocean resulting in storms tracking farther north and through the United Kingdom and Ireland during mid- to late spring.

While the spring will turn increasingly wet from April into May, temperatures will remain near normal as a whole across the region. No extended periods of below-normal temperatures are expected as cold air remains entrenched over eastern Europe.

"A dry start to the spring will also provide favorable conditions for agriculture, including barley and sugarbeets, which are typically planted in March," AccuWeather.com Senior Meteorologist Jason Nicholls said."


"The favored storm track in early spring will feature storms passing through southern Europe, bringing rain to areas from Spain and southern France through Italy and into the Balkans.

Unlike southeastern Europe, a pattern shift is expected in western Europe as high pressure builds over the eastern Atlantic Ocean by mid-season forcing storms farther north.

According to Senior Meteorologist Alan Reppert, "A large ridge of high pressure building over the northeast Atlantic Ocean will result in a change to much drier weather across Portugal and Spain early in the season."

This large area of high pressure will foster above-normal warmth and very little rainfall across Portugal and Spain from late March into April and May. As a result, the remaining rains through March will be vital to agriculture as reservoir levels will be tested by the extended dry weather that will begin by the middle of the season and likely linger through the summer months." Temperatures will be ideal for the vacation hot spots from Barcelona through the French Riviera and Italy.

Any potent storm systems will be steered well to the north and west, limiting most rainfall to isolated daily thunderstorms and also limiting the threat for any severe weather.

Farther west, storm systems over the eastern Atlantic Ocean will bring periods of rain at times to parts of the Iberian Peninsula, especially early in the season.

Reppert commented, "While rainfall totals will not be high in Portugal and western Spain, cooler weather combined with some low clouds and fog will help the drought conditions currently being seen."

Drier weather overall is expected during the second half of the summer, which will also lead to a greater threat for above-normal temperatures during the month of August in Portugal and Spain. While no long-duration heat waves are expected, temperatures may approach 35 C (95 F) on several occasions around Madrid.
Mostrar assinatura
Reactions: StormRic
Você deve autenticar ou registar-se para responder.
Partilhar:
Facebook Twitter Email Partilhar Copiar ligação
Topo Bottom