A set of 2-tiered seasonal forecasts are produced every month at IRI using ECHAM4.5 and CCM3.6 Atmospheric General Circulation Models (AGCMs) forced by both persisted (PSST) and scenario SSTs (SSST), the SSST forecasts consisting of multi-model averaged SST “scenarios” designed to include a measure of the uncertainties in the SST forecast (see Barnston et al. (2010) for details).
Clique para expandir...

El Niño–Southern Oscillation likely to remain neutral through summer
The El Niño–Southern Oscillation (ENSO) in the tropical Pacific Ocean remains neutral. Most climate models indicate neutral conditions are likely to persist through the coming months, though one model suggests La Niña thresholds may briefly be exceeded. When ENSO is neutral, weather patterns over the Pacific region are near normal, so there is less of a tendency for Australia’s climate to be very much wetter or drier than normal.

Although the central tropical Pacific Ocean has cooled slightly in the past fortnight, ocean temperatures remain well within the neutral range. Most models indicate the central Pacific Ocean will slowly warm in the coming months. The Southern Oscillation Index (SOI) remains at neutral values and trade winds are at normal strength for this time of year. Only cloudiness near the Date Line continues to show some La Niña-like characteristics.
Clique para expandir...

ENSO forecast:
According to the SINTEX-F prediction, the current La Niña Modoki/La Niña state will continue until late winter. Interestingly, majority of the ensemble members indicate recurrence of a moderate El Niño event in the latter half of 2017. It will be interesting if an El Niño event really evolves in 2017, which may suggest a decadal turnabout in the tropical Pacific climate condition to El Niño-like state after a long spell of La Niña-like state, which led to the global warming hiatus.
Clique para expandir...

Special blog on winter retrospective can be found here - http://www.aer.com/winter2016

Dr. Judah Cohen from Atmospheric and Environmental Research (AER) recently embarked on an experimental process of regular research, review, and analysis of the Arctic Oscillation (AO). This analysis is intended to provide researchers and practitioners real-time insights on one of North America’s and Europe’s leading drivers for extreme and persistent temperature patterns. 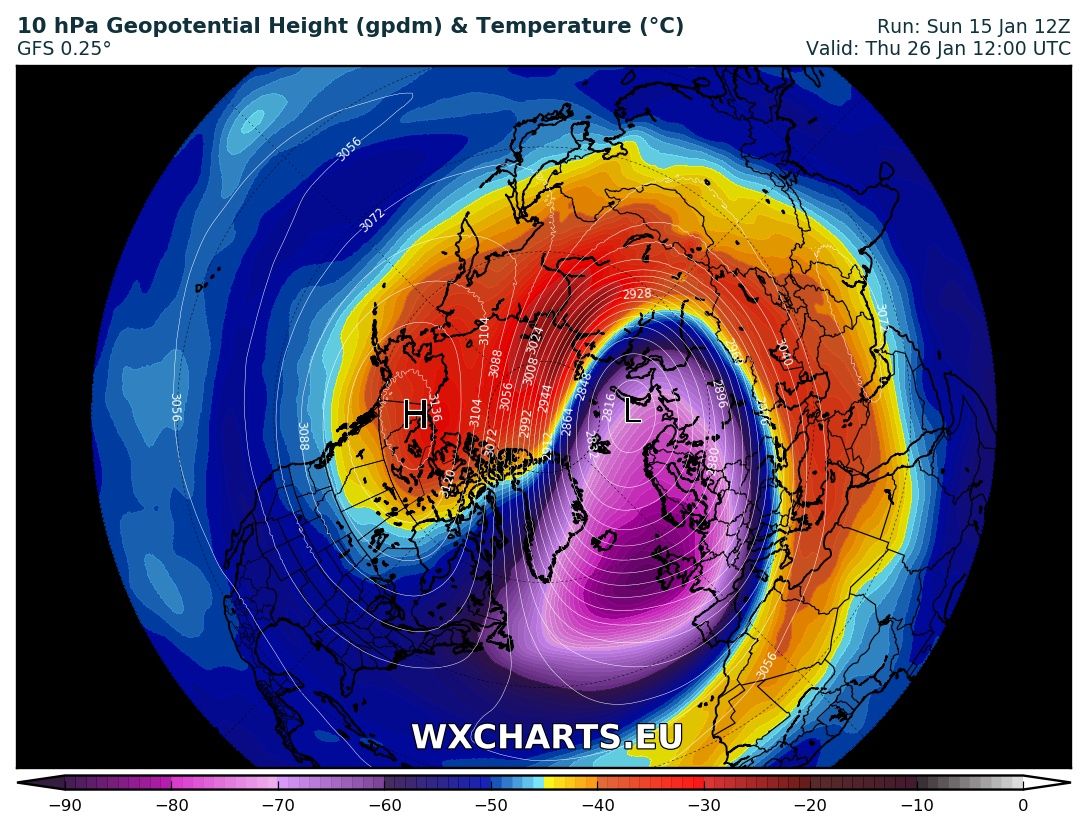 wxcharts ‏@wxcharts 4 hhá 4 horas
A colder than avg start for most of Europe on Sunday - but by February the GFS has everywhere warmer than average -. http://wxcharts.eu 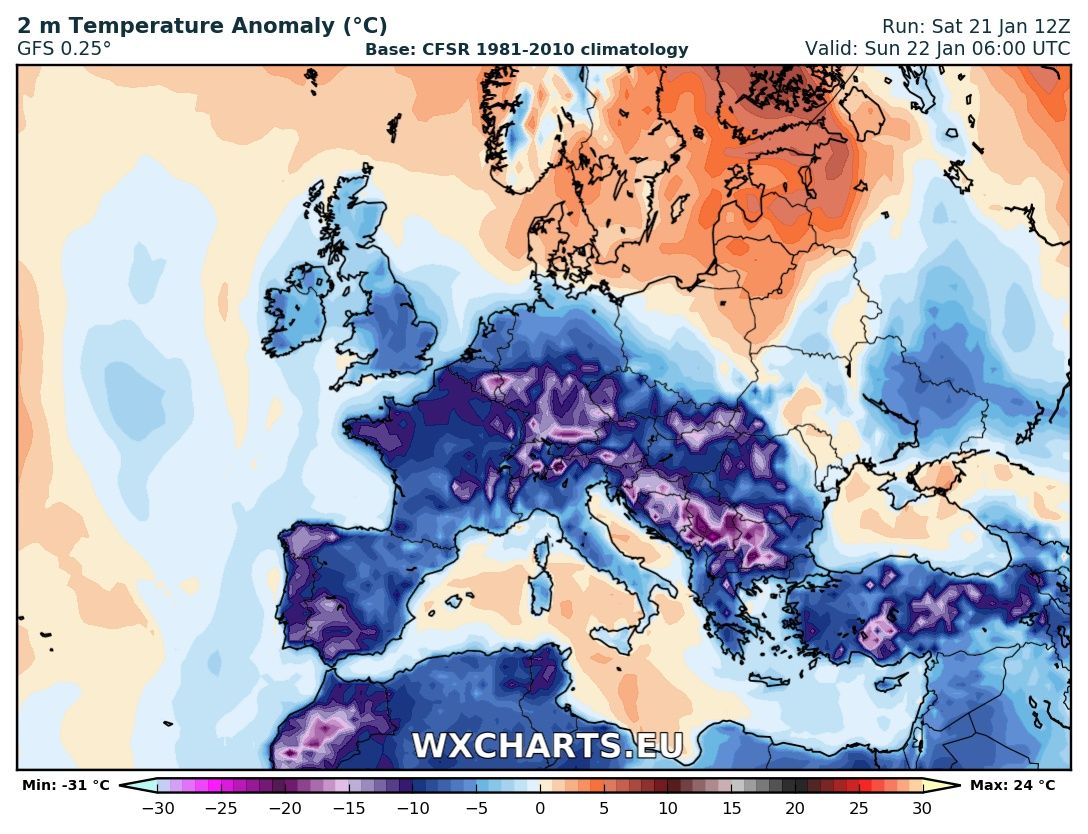 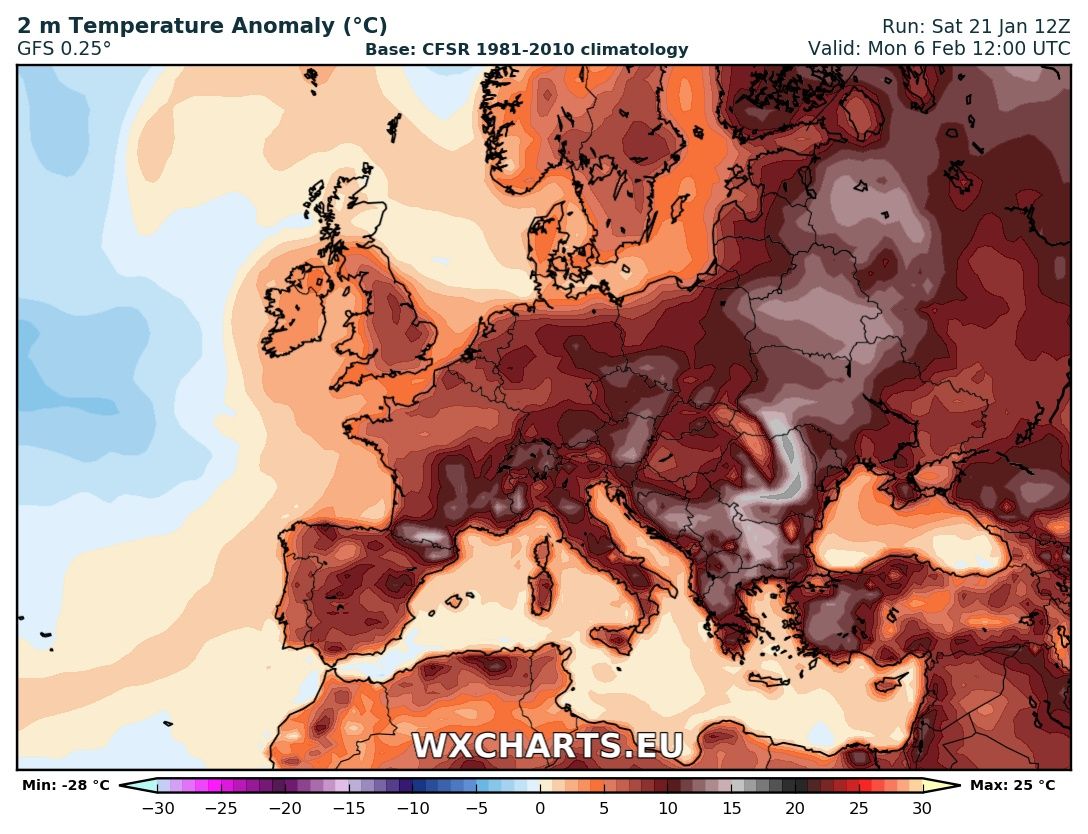