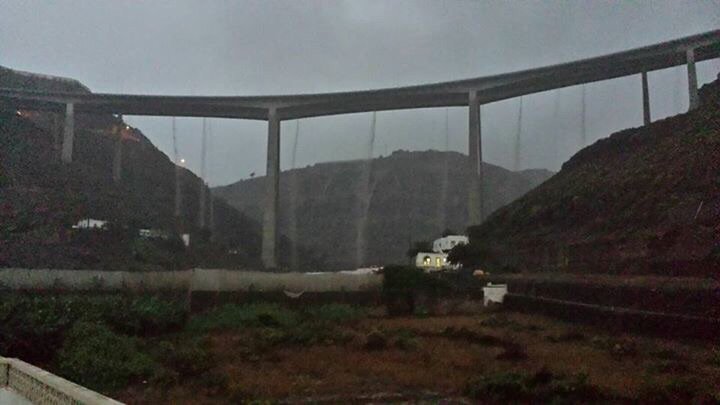 Earth's hottest temperature ever recorded in the month of October occurred on Tuesday, October 27, 2015 in South Africa, when Vredendal hit a remarkable 48.4°C (119.1°F). According to weather records researcher Maximiliano Herrera, this is also the highest temperature ever observed at Vredendal and the third highest temperature in South African history. The new global October heat record was made possible by a "Berg wind"--a hot dry wind blowing down the Great Escarpment from the high central plateau to the coast. As the air descended it warmed via adiabatic compression, causing the record heat. These sorts of foehn winds are commonly responsible for all-time record temperatures; mainland Antarctica's all-time record high of 17.5°C (63.5°F), set on March 24, 2015, was due, in part, to a foehn wind (see wunderground weather historian Christopher C. Burt's blog post on this.) "UFO Clouds" Are Real. Here's How They Happen