Any dam engineer would be terrified of this nightmare scenario — the possible collapse of a retaining wall in California’s second largest reservoir.

That’s the prospect officials faced when they ordered more than 100,000 people evacuated downstream of the nation’s tallest dam Sunday.


FROM OUR PARTNERS:188,000 Told to Evacuate in California Over Warnings the Country's Tallest Dam …
It occurred insidiously: a pocket of erosion that crept ever closer to a low concrete wall that was supposed to be the last, best defense against disaster.

The threatened concrete structure, called a weir, was designed as an emergency escape route of sorts for rapidly rising waters at swollen Lake Oroville. By allowing some water to spill over its shoulders, the concrete wall would relieve tremendous pressure building on Oroville Dam itself, which is located nearby.

This concrete wall is the key feature of Lake Oroville’s emergency spillway, and it had never been used since the dam was completed in 1968. This last weekend was its first test, however, after erosion caused major damage to the facility’s main spillway. 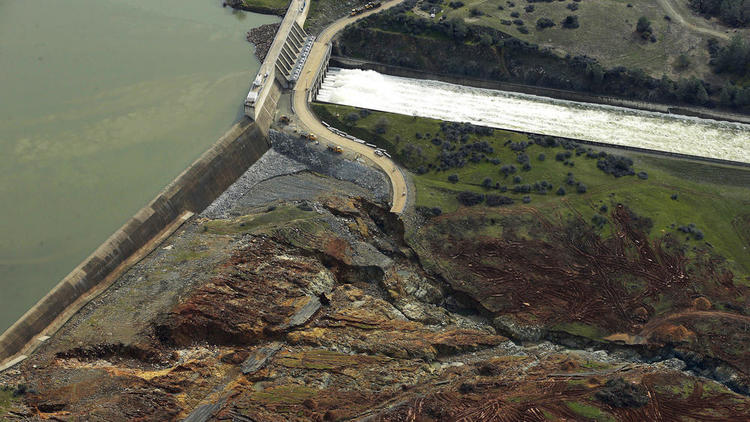 If enough earth washed away, the hole would undermine the wall and breach it, releasing a 30-foot-wall of water on the valley below.

In other words, millions of gallons of uncontrolled water would begin to pour down the Feather River, the largest tributary to California’s largest river, the Sacramento, overwhelming towns along its banks.

“Imagine the little Dutch kid with the finger in the dike,” said Chris Orrock, spokesman for the California Department of Water Resources. In the story, the child saves the countryside by plugging up the hole that keeps water from rushing in to flood the region.

“Once the erosion hits the water, then it’s uncontrolled,” Orrock said. “And when that starts flowing, you can’t stop it.”

Fortunately, within about 90 minutes after state water officials decided to dramatically accelerate the draining of water through Lake Oroville’s damaged main spillway, the erosion on the emergency spillway slowed down.

By late Sunday night, the lake’s water level had fallen below the weir and was no longer flowing over the emergency spillway. The erosion had stopped. 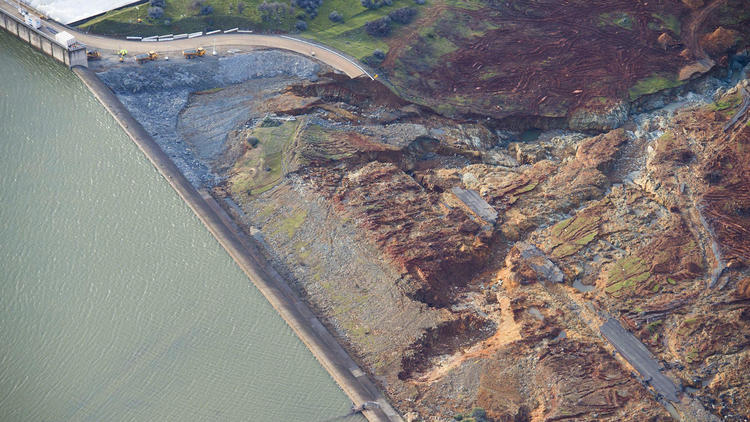 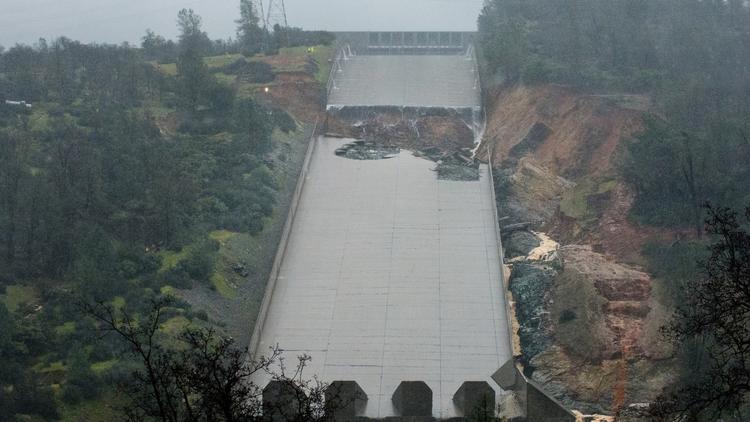 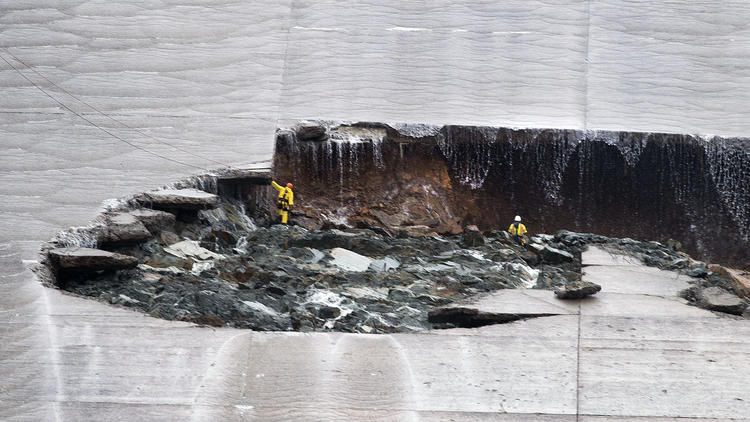 Residents in the Tyler Island area, which is south of Walnut Grove, are being urged to evacuate because an area levee could fail, Sacramento County Water Resources spokesman Matt Robinson said.

1) Dams are still hazardous: The ASCE estimates that there are now 13,991 dams classified as "high hazard," meaning that if they fail, people might die. Yes, this really can happen: In 2010, the Iowa Lake Delhi dam caused $120 million in damage and swept away dozens of homes when it failed during a heavy rainstorm. Many of these high-hazard dams are now quite old.
Clique para expandir... 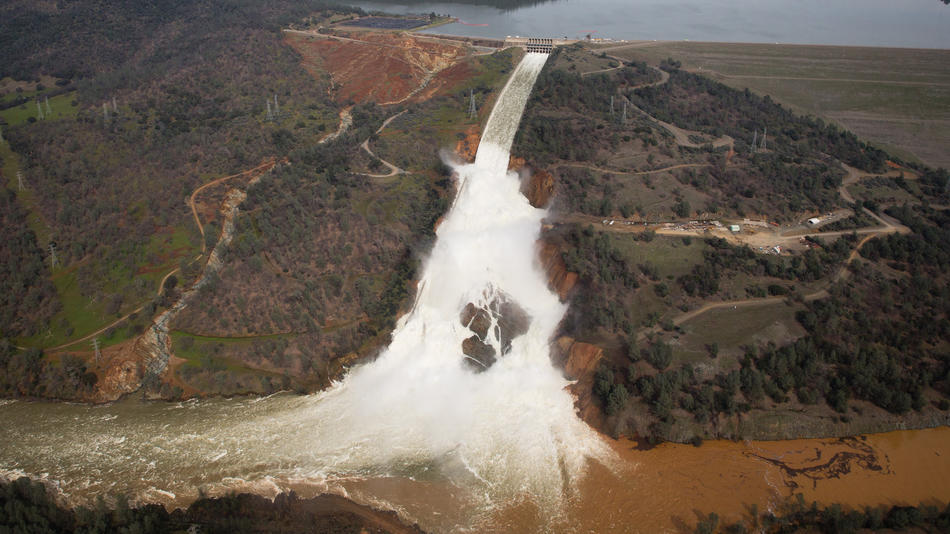