You are using an out of date browser. It may not display this or other websites correctly.
You should upgrade or use an alternative browser.
R

Typhoon Jebi made landfall in the west of the country, bringing heavy rain and winds of up to 216km/h (135 mph).

In Osaka Bay it swept a tanker into a bridge and in Kyoto parts of the train station roof came down.

There are no reports of casualties and the storm is expected to weaken as it continues to move across the country.

The storm paralysed the country's second-largest population center around Osaka, with companies forced to temporarily close their plants, and power cut to more than 800,000 homes and offices.

One person in Shiga prefecture was killed when a warehouse collapsed, Kyodo news reported.

Vehicles tossed as typhoon hits Japan
Dramatic scenes as a car and truck are tossed on a bridge as Typhoon Jebi hits western Japan.


Jebi, whose name means "swallow" in Korean - is the the 21st typhoon of the season. It made landfall in Tokushima prefecture on Japan's smallest main island of Shikoku, and was on path to strike the part of the country home to Osaka, Kyoto and Kobe. The typhoon was carrying strong winds of up to 162 kilometres per hour, according to the Japan Meteorological Agency.

That made it a "very strong" typhoon, the second-highest on the JMA's scale. It was the first time for a typhoon to make landfall at that strength since 1993.
...
https://www.smh.com.au/world/asia/t...-makes-landfall-in-japan-20180904-p501op.html
Reactions: Cinza 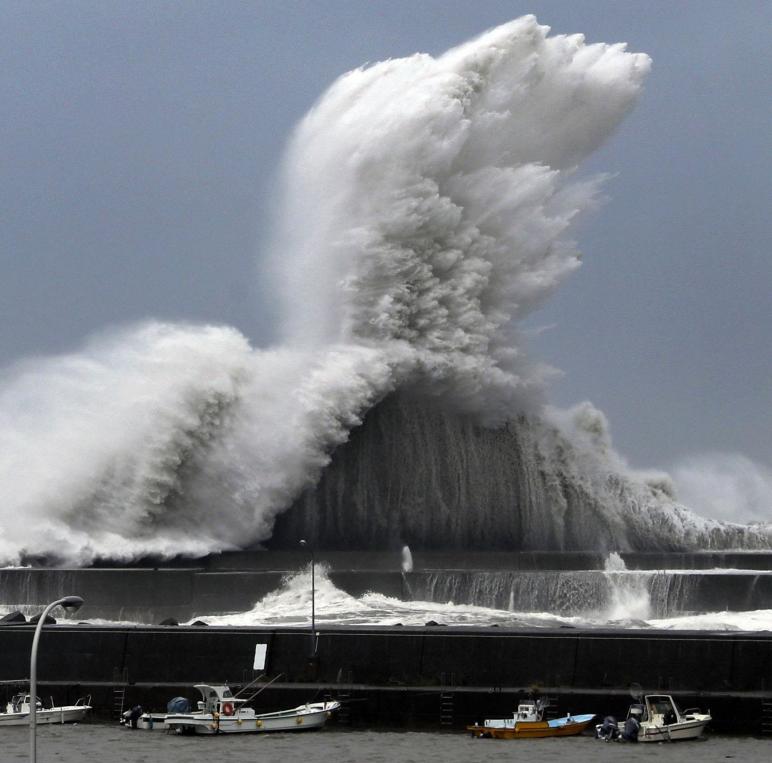 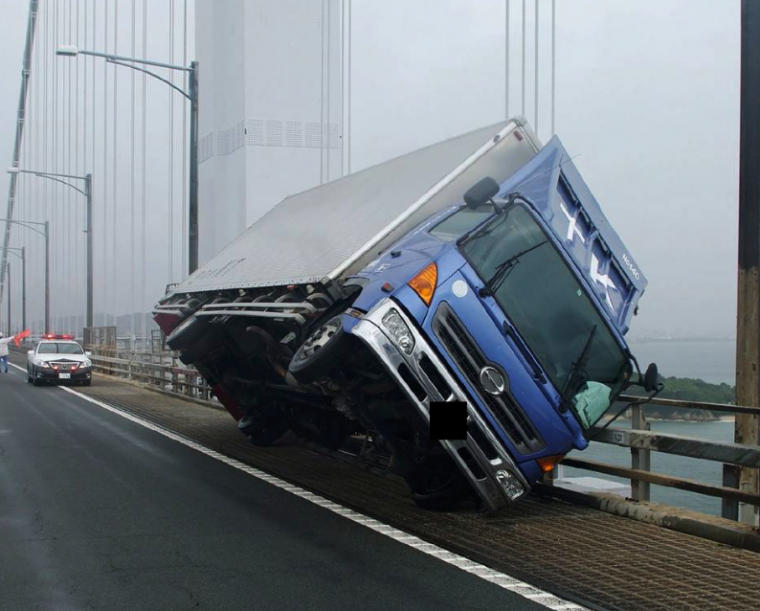 Nationwide, seven people were killed and more than 300 injured as the typhoon knocked down trees, flooded coastal areas and damaged buildings.

The bridge that links the island airport with the mainland was hit by a storm-driven tanker ship Tuesday, shearing off one chunk and dislodging a section of roadway from the rest of the bridge. At the airport itself, one runway was under water and one terminal’s basement was flooded, an airport spokesman said.

The airport, near Osaka, serves as one of the nation’s main gateways for Asian tourists. Japan Airlines said 150 passengers and 600 staff were still at the airport as of Tuesday night local time, and there was no immediate way to evacuate. All Nippon Airways said 65 customers and 290 employees were at the airport. Public broadcaster NHK said a total of 3,000 people were stranded there.

A terminal for low-cost carriers escaped major damage but its runway was closed, the spokesman said, adding that it is too soon to say when the airport might reopen.

Japan had been preparing for days for Typhoon Jebi, which carried peak winds of some 130 miles an hour and brought heavy rains to much of central Japan.

No trains or cars were on the bridge when it was struck, and NHK said that by late Tuesday all 11 crew members aboard the ship were evacuated from it without injury.
(WSJ) 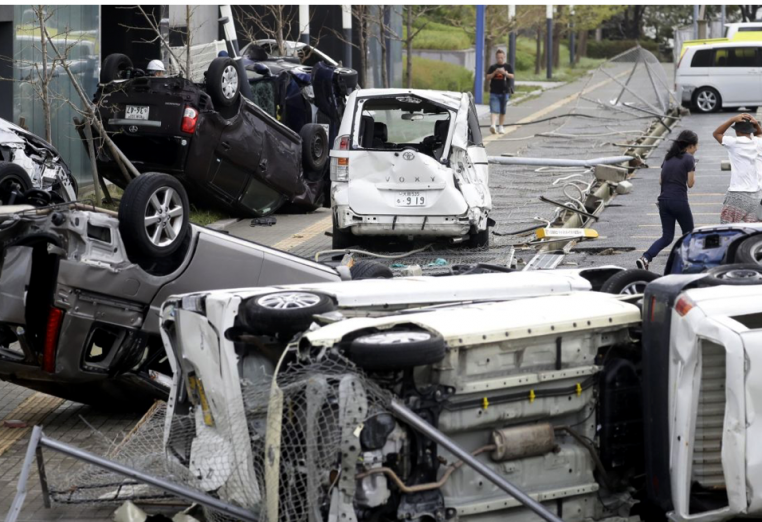