You are using an out of date browser. It may not display this or other websites correctly.
You should upgrade or use an alternative browser.
M

*** START OF THIS PROJECT GUTENBERG EBOOK THE MEMOIRS OF LOUIS XIV., ***

One of the reasons Madame de Maintenon had brought forward, which much
assisted her in opposing the siege of Lille, was the excessive cold of
this winter. The winter was, in fact, terrible; the memory of man could
find no parallel to it. The frost came suddenly on Twelfth Night, and
lasted nearly two months, beyond all recollection. In four days the
Seine and all the other rivers were frozen, and,--what had never been
seen before,--the sea froze all along the coasts, so as to bear carts,
even heavily laden, upon it. Curious observers pretended that this cold
surpassed what had ever been felt in Sweden and Denmark. The tribunals
were closed a considerable time. The worst thing was, that it completely
thawed for seven or eight days, and then froze again as rudely as before.
This caused the complete destruction of all kinds of vegetation--even
fruit-trees; and others of the most hardy kind, were destroyed. The
violence of the cold was such, that the strongest elixirs and the most
spirituous liquors broke their bottles in cupboards of rooms with fires
in them, and surrounded by chimneys, in several parts of the chateau of
Versailles. As I myself was one evening supping with the Duc de
Villeroy, in his little bedroom, I saw bottles that had come from a well-
heated kitchen, and that had been put on the chimney-piece of this bed-
room (which was close to the kitchen), so frozen, that pieces of ice fell
into our glasses as we poured out from them. The second frost ruined
everything. There were no walnut-trees, no olive-trees, no apple-trees,
no vines left, none worth speaking of, at least. The other trees died in
great numbers; the gardens perished, and all the grain in the earth. It
is impossible to imagine the desolation of this general ruin. Everybody
held tight his old grain. The price of bread increased in proportion to
the despair for the next harvest. The most knowing resowed barley where
there had been wheat, and were imitated by the majority. They were the
most successful, and saved all; but the police bethought themselves of
prohibiting this, and repented too late! Divers edicts were published
respecting grain, researches were made and granaries filled;
commissioners were appointed to scour the provinces, and all these steps
contributed to increase the general dearness and poverty, and that, too,
at a time when, as was afterwards proved, there was enough corn in the
country to feed all France for two years, without a fresh ear being
reaped." 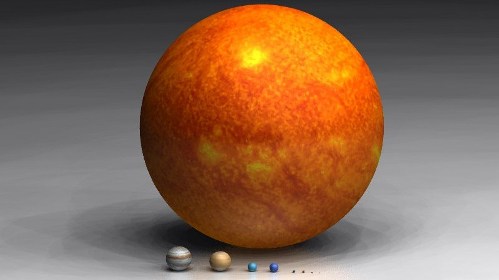 How to Fool Yourself

It was delightfully appropriate that, as large parts of Argentina were swept by severe blizzards last week, on a scale never experienced before, the city of Nashville, Tennessee, should have enjoyed the coolest July 21 in its history, breaking a record established in 1877. Appropriate, because Nashville is the home of Al Gore, the man who for 20 years has been predicting that we should all by now be in the grip of runaway global warming.

His predictions have proved so wildly wrong – along with those of the Met Office's £33 million computer model which forecast that we should now be enjoying a "barbecue summer" and that 2009 would be one of "the five warmest years ever" – that the propaganda machine has had to work overtime to maintain what is threatening to become the most expensive fiction in history.